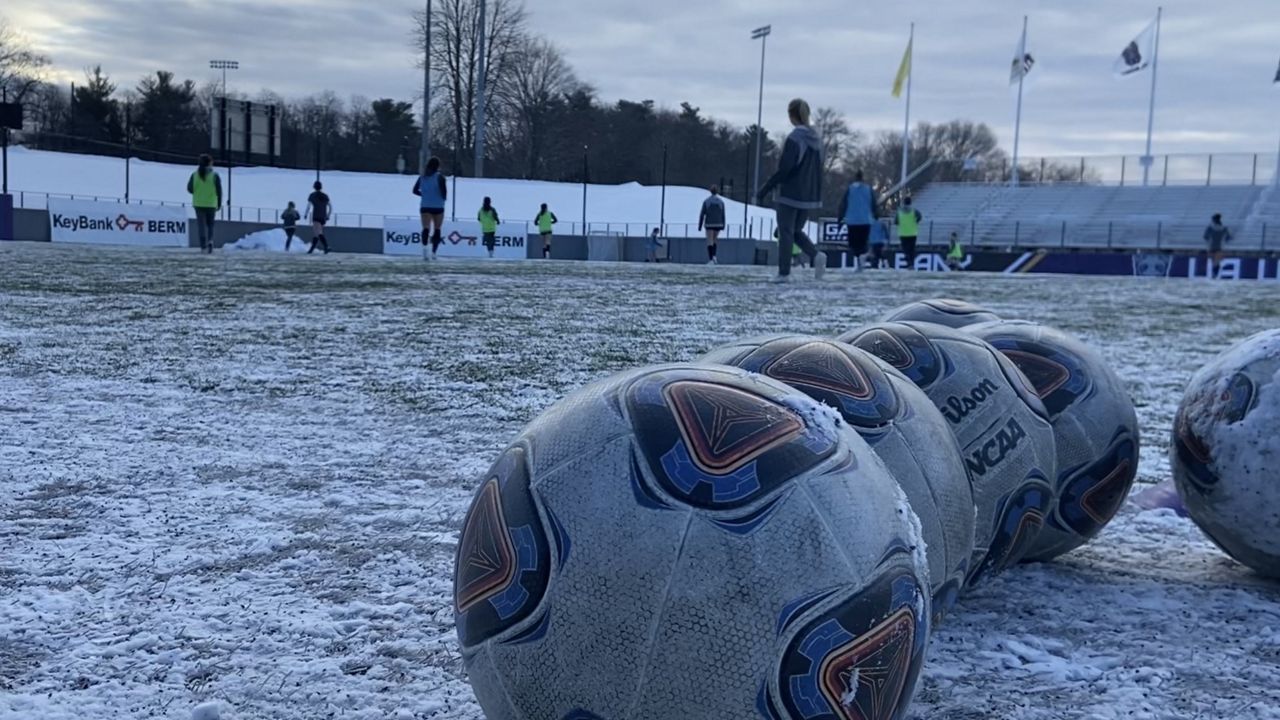 Margot Nezaj plays as a defender for the University at Albany women’s soccer team. She said people usually don't take women in sports as seriously as men.

Fair treatment is what women in sports are fighting for nationwide.

Last month, the U.S. Soccer Federation agreed to pay them $24 million, and pledged to equalize pay between male and female players in competitions.

The agreement settles a discrimination lawsuit the players filed in 2019.

“Our women’s national team is the most inspiring team, especially as little girls. Growing up, I went to games all the time,” Nezaj said.

“Women in our sport are fighting for what’s right and what they deserve. Because at the end of the day, like I said before, there’s no difference between men and women, and if you want to say there is, our women’s team is more winning,” said Tava, also a defender for UAlbany.

Both women said the settlement is historic, but it’s also just a starting point.

The fight for equality in sports continues with the next generation. Tava and Nezaj said girls who may be watching should never give up their passion.