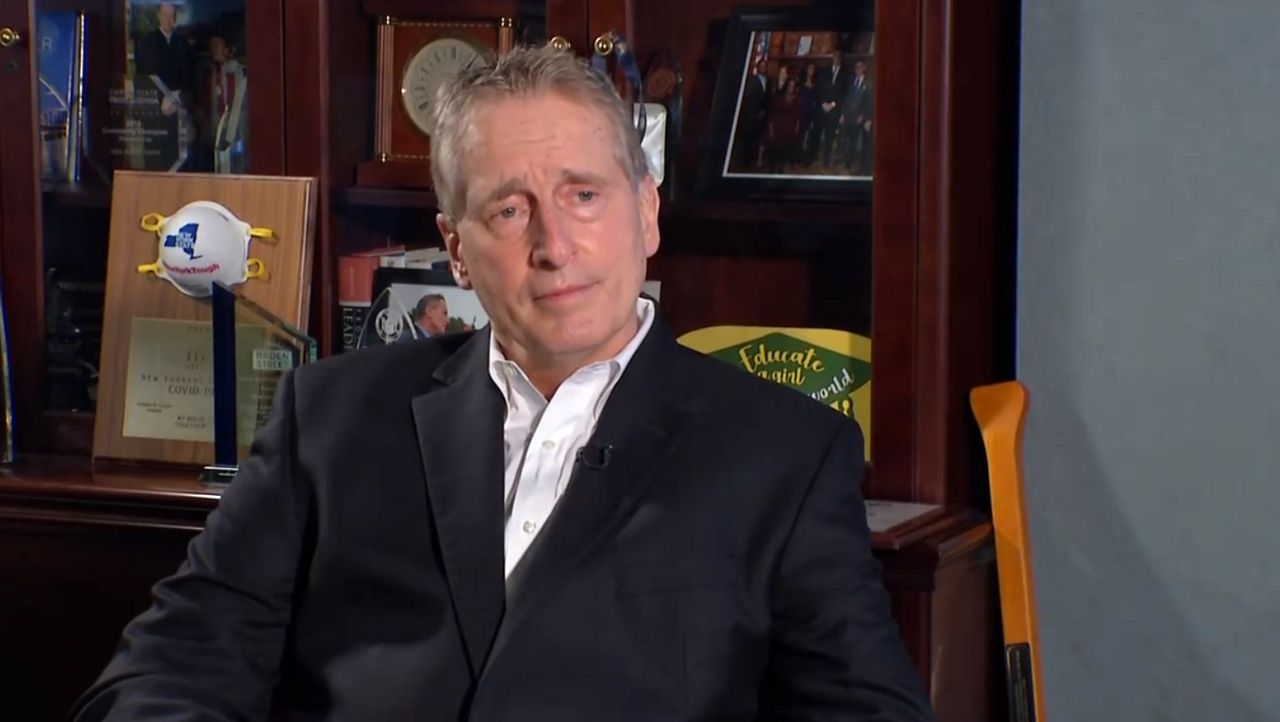 Bob Duffy is the president of the Rochester Chamber of Commerce. He's a former police chief, mayor and was a heartbeat away from being New York’s governor for four years. Duffy served one term as Lt. governor under Andrew Cuomo. He sat down with Spectrum News 1's Casey Bortnick for a lengthy interview on several topics including the controversy surrounding his former boss.

Part 1 of the interview focuses on Duffy’s relationship with Cuomo and his thoughts on the former governor’s resignation and allegations of sexual harassment.

"When the governor resigned from office that reinforced something to me because I’ve always been of the belief that if I’m accused of something that I did not do, I am never going to take a plea or plead guilty to a lesser charge, or resign. I’m going to stay and fight. Because if I’m right, I’m going to fight. And I think that to me it was concerning because why would you ever step away if you were innocent?” Duffy asked.

Duffy spoke out on a number of topics including the fate of a new Bills stadium, police reform, and COVID-19's impact on local business. We'll be diving into all of those stories in the coming weeks.