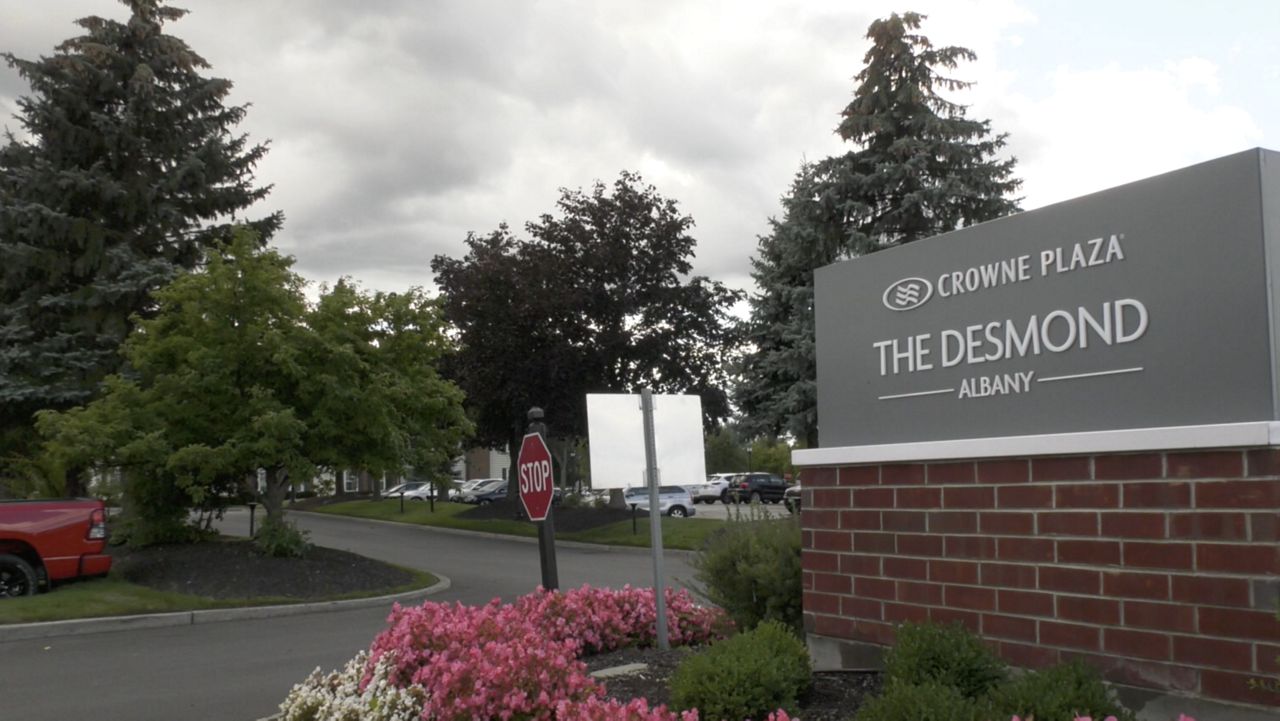 Greg Rinckey is in planning mode. In late fall, his law firm will host its biggest event of the year, Vetcon.

“Vetcon is an event where we bring together hundreds of service-disabled, veteran-owned businesses, and we bring together 50 or 75 state agencies, where matchmaking is done,” said Rinckey, an Army veteran and one of the founding partners of the Tully Rinckey Law Firm in Albany.

After it was canceled in 2020 due to the spread of the coronavirus, the two-day conference is returning to the Crowne Plaza Albany - Desmond Hotel, with a new piece of technology designed to "scrub" the air clean.

“We have been using the Desmond for over five years for our event,” Rinckey said. “We like the character and we also like the location.”

While on a planning tour with the Desmond’s sales manager Jack Roddy, Rinckey said keeping guests safe was another key factor for choosing the venue. During a recently completed renovation, the hotel installed a special air purification system in its air ducts.

“Safety is always on our mind, the wellness of our attendees is really paramount,” Rinckey said. “That was the reason last year we decided to not move forward with the event.”

“Since COVID [safety] comes up constantly,” Roddy said, “we are very happy to be able to tell people about the air purification system, because it is one of the first questions people will ask. ‘What have you done as far as COVID protocols?' ”

General manager Tyler Desmond, whose family opened the hotel in 1974, says the purification devices, also known as “air scrubbers,” run 24/7 in all of the property’s public areas, including meeting rooms and restaurants.

“It is taking in the air, the oxygen, the humidity and turning it into powerful oxidizers that then go about and remove 99 percent of the contaminants from the air, and also treat surfaces throughout the building,” Desmond said.

Albany native Rayshaun Haggray has worked at the hotel for more than 13 years and now oversees the restaurants as food and beverage manager. He says things have been consistently busy since pandemic-related restrictions were eased in the spring.

“On Fridays and Saturdays, we are hopping,” Haggray said. “We are setting a lot of tables. it is like a jigsaw table, moving the tables around to get them around and move the people in. It’s fun.”

Haggray says the air scrubber puts him and his fellow employees at ease.

“Having that little bit of reassurance of something that is actually here to protect us while we are working in that environment brings a lot of peace of mind, it makes everybody comfortable,” he said.

“We all know the environment these days, a lot of people are not wanting to return to the office,” Desmond said. “We wanted to create an environment where they feel as safe as possible because working from home is not an option for us in most positions.”

As he continues to plan for his event at a time when COVID cases are rising in many parts of the country, Rinckey says the purification system adds an important bit of reassurance.