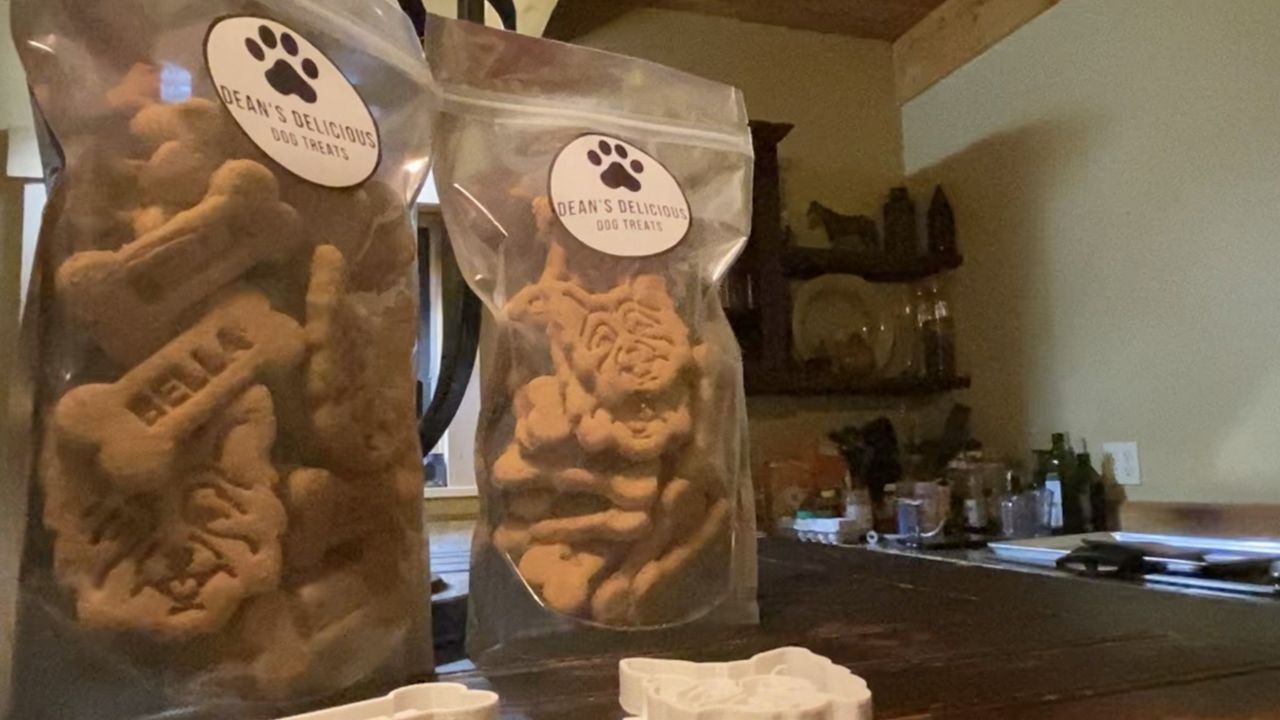 If your goal is to keep up with Dean Barraclough and his loyal companion, Max, your shoes better be tied tight.

Once a week, the 10-year-old and his Texas heeler race through agility training at High Goal Farm in Greenwich. Like any new activity, it has its ups and downs.

“We had a rough start, though,” Barraclough said, midway through last week’s class. “[Max] definitely got distracted, but we did well.”

Despite the challenges, it always seems to be one of the week’s highlights for the young boy and his dog.

“The best part of this experience is Max's experience. He gets so excited,” Barraclough said. “When he gets to go over jumps, he does really well with it.”

Dean’s mother, Kathy Barraclough, has been bringing her son to the training for about two years.

Agility training is something Dean Barraclough says he always wanted to do.

Dean Barraclough's parents bought their son Max as a present for his eighth birthday. It is a day the young man remembers fondly.

“He just came to the leash and I hugged him. It felt like the piece of the puzzle that was missing came together,” Dean Barraclough said. “He fit really good in our family.”

While Max was a gift, Dean Barraclough agreed he’d have to come up with the money for training on his own.

“We kind of just push our kids to not take everything for granted, and they have to work for it. Not work for everything, but work to contribute,” Kathy Barraclough said.

“Mom and dad really helped me get off my feet and really start doing it,” Dean Barraclough said from inside his parents’ kitchen in Schuylerville.

That’s not to say running your own business is a walk in the park when you’re just 10.

“It’s difficult,” Dean Barraclough said, while kneading a large portion of dough. “I’m on my knees because I’m too short to actually sit down and do it, so I need to get my body weight over it.”

When he got started, Dean Barraclough was mostly baking for close friends and family.

“It’s really cool because I get to make custom ones for teachers and stuff at school,” he said.

“We really try to do the type of stores that you can walk into with your dog, like Impressions,” Dean said of the Broadway store in Saratoga Springs, which accounts for about nearly 40 percent of his sales. “I didn’t know how well they were going to do, but once we started getting the orders that they wanted more, it really was exciting.”

Dean customizes designs for each business, including a horseshoe for Impressions. With a friend’s 3D printer, he’s even done a few specialty orders for customers who want treats that look just like their dog.

“You don’t see a lot of treats that have dog faces on there customized, and they’re just delicious,” Dean Barraclough said.

His four-legged fans seem to agree. Many of his customers have shared videos on social media of their dogs enjoying the treats.

“The best part is seeing all the dogs loving them and begging for them. It’s really cool to see,” he said.

The biggest fan of Dean’s Delicious Dog Treats is undoubtedly Max himself.

“He gets really excited when he’s done something good and he knows he’s going to get a treat for it,” Dean Barraclough said.

At just 10 years old, Dean Barraclough has already made his mark on the business world.

”It’s proud mom moments like that just to see your kid keep pushing forward, realizing how much he’s getting out of it, and how much more he can get out of it if he just works hard,” Kathy Barraclough said.

While he’s not sure how long he’ll keep it up for, Dean Barraclough says he’s excited to introduce his treats to even more furry friends.

“I’m pretty proud,” he said. “I just wish to get better and better.”