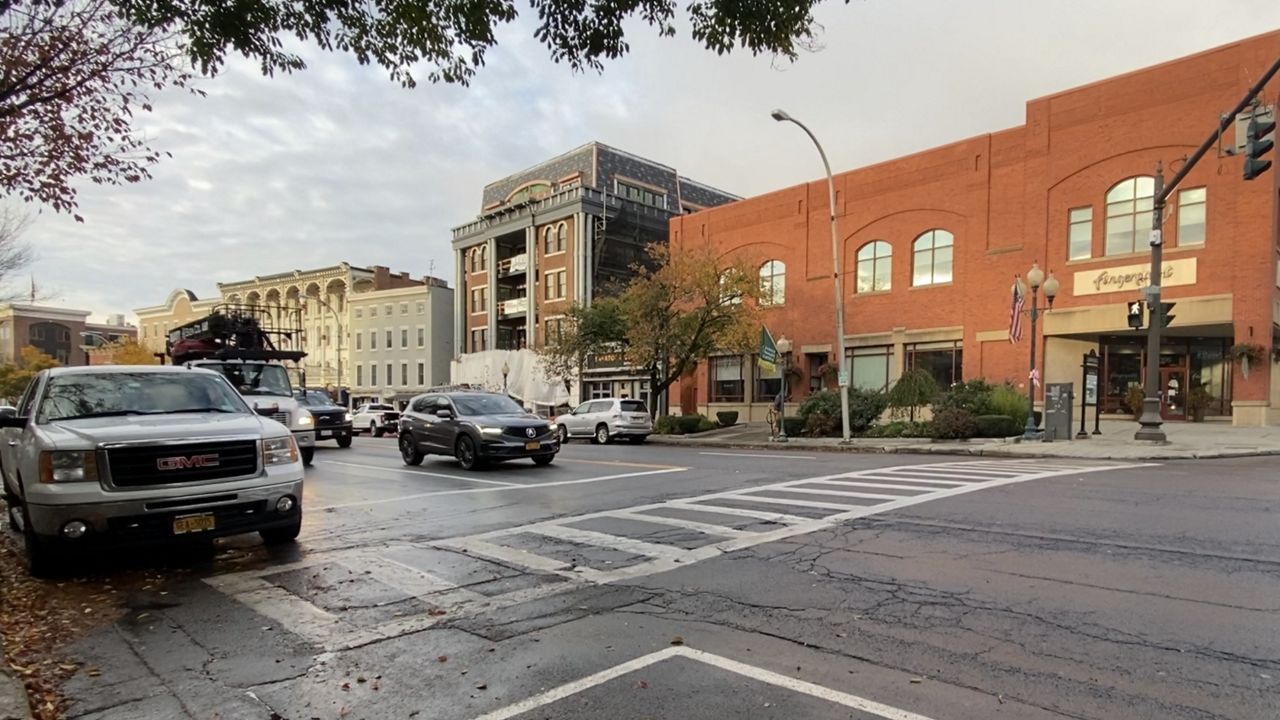 If you haven’t visited downtown Saratoga since before the spring, new outdoor seating at Henry and Phila street restaurants may make pockets of the city look unrecognizable.

“It’s been going great, the truth is this outdoor seating has absolutely saved us,” said Ryan McFadden, who owns both the Henry Street Taproom and neighboring Flatbread Social.

He says being able to expand onto the sidewalk and into the road has been a hit with customers who are looking to spread out and dine safely during the pandemic.

“Most customers come in and say ‘you guys should keep this even after COVID is over,’” McFadden said. “We would absolutely love to.”

“The ambience, the atmosphere is nice, definitely a great experience,” said Dennis Ross, who was dining outside at Flatbread Social during a recent afternoon.

Catherine Hover owns the Saratoga Paint and Sip Studio right next door on Henry Street. She too sees potential in the new layout even after the coronavirus is no longer a threat.

“Anything we can do to welcome people downtown and make them feel safe while they’re here, we’ve got to lean into it,” said Hover, who also owns the Palette Cafe on Broadway.

Hover is the mother of three young daughters. Along with Erin Maciel she’s a member of Saratoga’s Complete Streets Committee, which advises the city council on ways to best utilize downtown streets.

“I put more miles on my stroller than I do my car and I want to be safe walking around downtown and I want my kids to feel safe too,” Hover said during a morning walk earlier this month.

“What we're looking to do is to ensure that everyone using our public pace, not just vehicles, has enough space and can easily move around our city,” Maciel said.

Maciel is a landscape architect who’s spent more than a decade working with the departments of transportation in New York City and state.

“I started my career looking at streets a certain way and thinking there is nothing you can do,” Maciel said. “Then really over the years I started seeing that, really, we can carve out more space for pedestrians.”
Believing the successes on Phila Street and Henry Street can be a blueprint for the rest of downtown, the committee is proposing a transformational change to Broadway that would expand the sidewalks on both sides by reducing traffic from four lanes to two.

“We are fortunate to have really wide sidewalks but as you walk down Broadway, where a lot of our restaurants are, it narrows,” Maciel said.

They believe the changes will slow down traffic and make the street safer and more accessible to pedestrians.

“I have almost gotten hit by a car crossing the street several times on Broadway,” Hover said.

When they introduced the idea to the Downtown Business Association, Maciel and Hover say some members expressed concerns about its impact on parking and truck access. They say there would be zero no loss of on-street parking or commercial loading zones.

“That is the really exciting thing,” Maciel said. “We can take out a lane of traffic and still have parking, we’re just shifting the parking away from the curb.”

The city has already earmarked more than $200,000 for use by the Complete Streets Committee. Hover and Maciel say that money could be used to pay for dividers and landscaping that would mark the new boundaries.

“If we have money that’s available and we only have this to use it for, then let's use it," Hover said.

The committee is still tweaking its proposal before presenting to the city council for ultimate approval. Maciel and Hover believe the changes would benefit both business owners and their customers.

“We have seen it be successful in so many other communities and the time is now,” Maciel said.