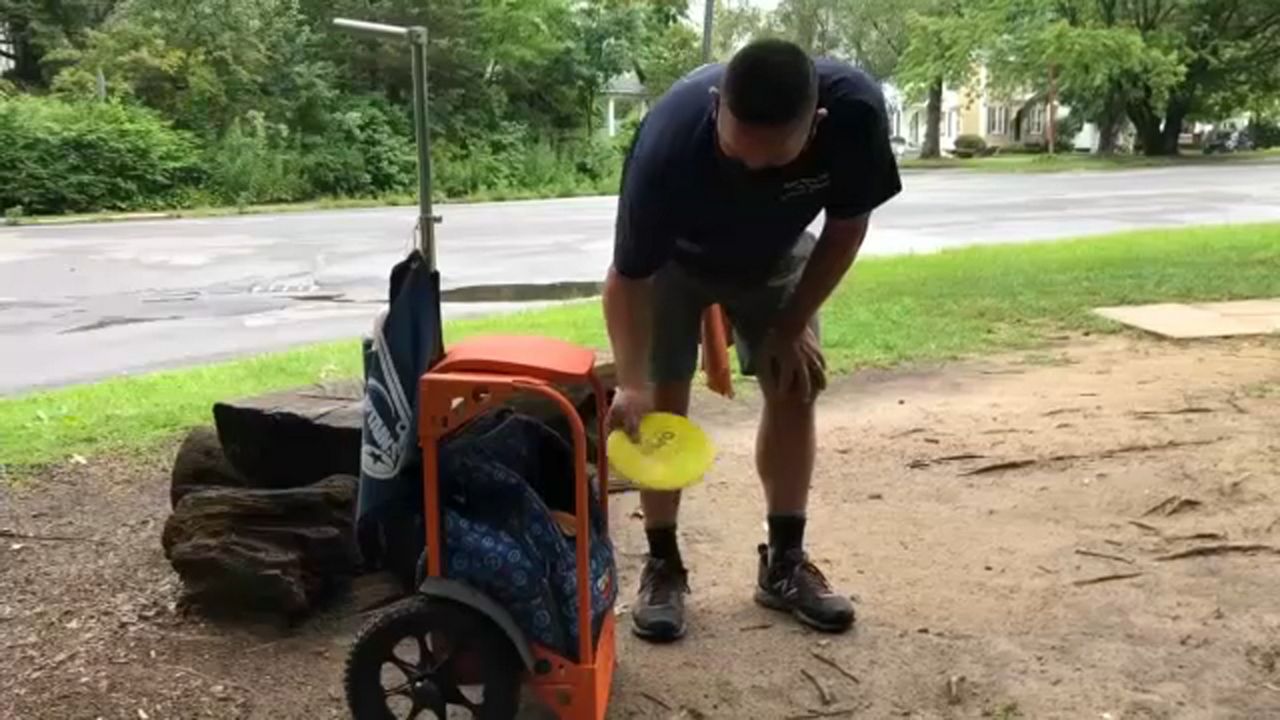 As the disc lands in the basket, it’s a sound of success for Kenji Cline. He’s a local disc golf player who has been playing at courses, including the one in Schenectady, for about a dozen years.

He wheels his bags around the Schenectady course, which carries all his discs. Cline has different ones to drive, chip, or putt.

He’s playing against Jeff Wiechowski, Jaimen Hume, and Mike Schwartz, who are all part of DisCap, a non-profit that focuses on putting baskets in the ground and helping the game grow.

"It’s an addiction," said Cline, who’s the current president of DisCap. "I love playing the sport. I love watching the disc take flight. I love the sense of community and how much enjoyment all the other people that play this sport get."

The game is played just like golf. Players use discs instead of clubs. But they’re still teeing off and driving down the fairway. The goal is to get as close as possible to the green to set up an opportunity for a par or a birdie.

The concept it pretty simple, which is why Cline says many people are trying the sport. He says it has really picked up in popularity this year due to the COVID-19 pandemic as more people search for socially distanced activities.

"You can get out and be active," Cline said. "You can stay socially distanced from other players. You can play with your masks on, no problem."

It’s another reason for Cline and DisCap to keep throwing discs and help the game grow in the Capital Region.