It was all hands on deck in Menands on Saturday after more than a hundred police officers responded to break up a massive party.

Police said they had to evacuate about a thousand college-aged students on Simmons Lane Saturday.

Authorities said word of the party spread on social media and believe it may have been a SUNY homecoming game celebration. 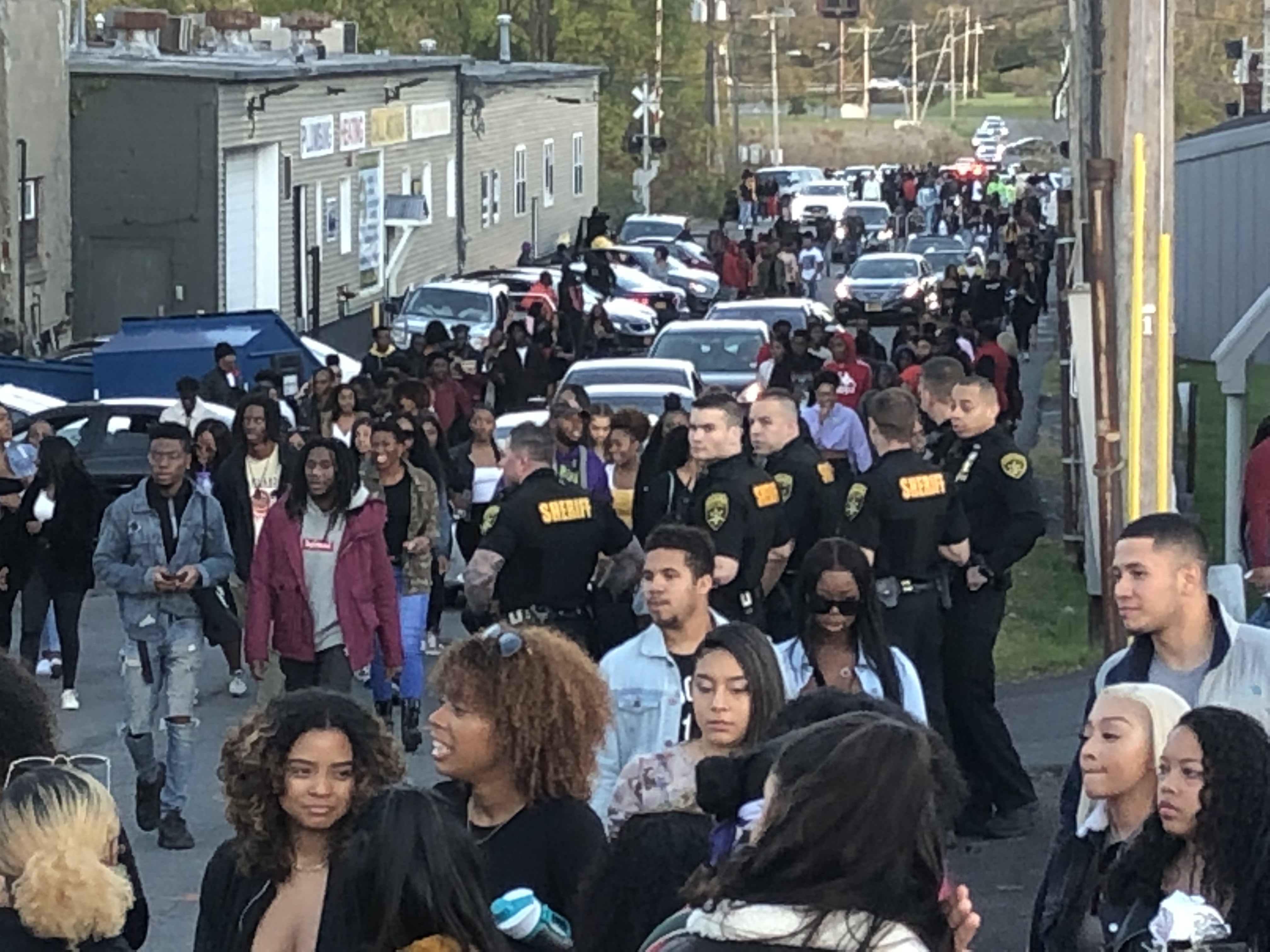 The Menands police chief said there were no arrests and the crowd dispersed peacefully.

"They were very orderly for the most part. As police, we appreciate that. As police, we want to treat them fairly and we liked to be treated fairly, that's why it went that way [with] nobody arrested and nobody injured," said Frank Lacosse, Menands chief of police.

Police said most of the students were bused back to their campus.