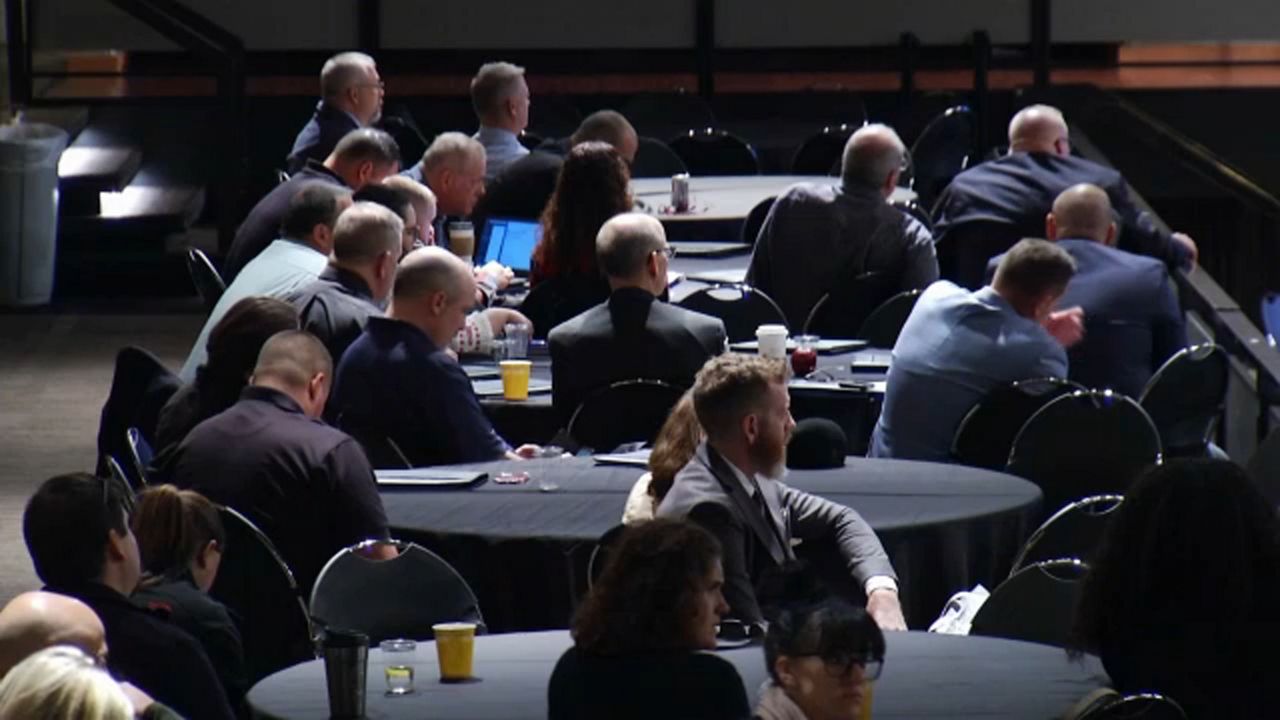 In many of New York's urban centers, including its capital city, relationships between the police and community members have, at times, become fractured.

Hawkins was among more than 500 law enforcement leaders from across the state to attend the Division of Criminal Justice Services' annual law enforcement symposium in Albany this week. Friday's final day centered around improving police-community relations.

“We have made significant strides in terms of building bridges in our communities, repairing those that may have been fractured,” Hawkins said.

“It is important to build trusting, healthy relationships, in a non-adversarial, non-enforcement context,” said Anthony Geraci, chief of the Watervliet Police Department.

The symposium is part of the DCJS's Gun Involved Violence Elimination (GIVE) initiative, which provides funding, training, and other resources to Upstate New York's 17 most violent communities.

"This is the sixth year we’ve done the symposium,” said DCJS Executive Deputy Commissioner Mike Green. “What’s different this year is it’s the first year we’ve opened it up to departments beyond the 17 GIVE jurisdictions.”

Green says the core of GIVE's success has been employing data-driven, evidence-based strategies shared with agencies across the state.

"We have had tremendous success in New York,” Green said. “We are the safest large state in the country, we have the lowest incarceration rate of any state."

In Albany, Hawkins believes GIVE's strategies can help his agency continue to improve relations with officers and the people they serve.

"We can make a significant impact in a positive way on crime and social disorder in our communities," Hawkins said.