Hundreds of protesters were stationed outside the Troy Rensselaer County Correctional facility on Sunday, calling for an end to the 287G program.

"We are [here] because we are targeting [Rensselaer County] Sheriff Russo and his collaboration with ICE," said organizer Miriam Axel-Lute.

The program screens immigrants in custody for immigration violations and, if found, the facility then detains that person for up to 72 hours until ICE officials arrive.

"Any sheriff's department working with ICE, that means that ICE is getting support at the local level. We wish they would not have," said co-organizer Holly Loth.

Russo says when he decided to work with ICE, he had the best interest of the community in mind.

"I know this is just another tool in my tool box to keep the county safe," Russo said. 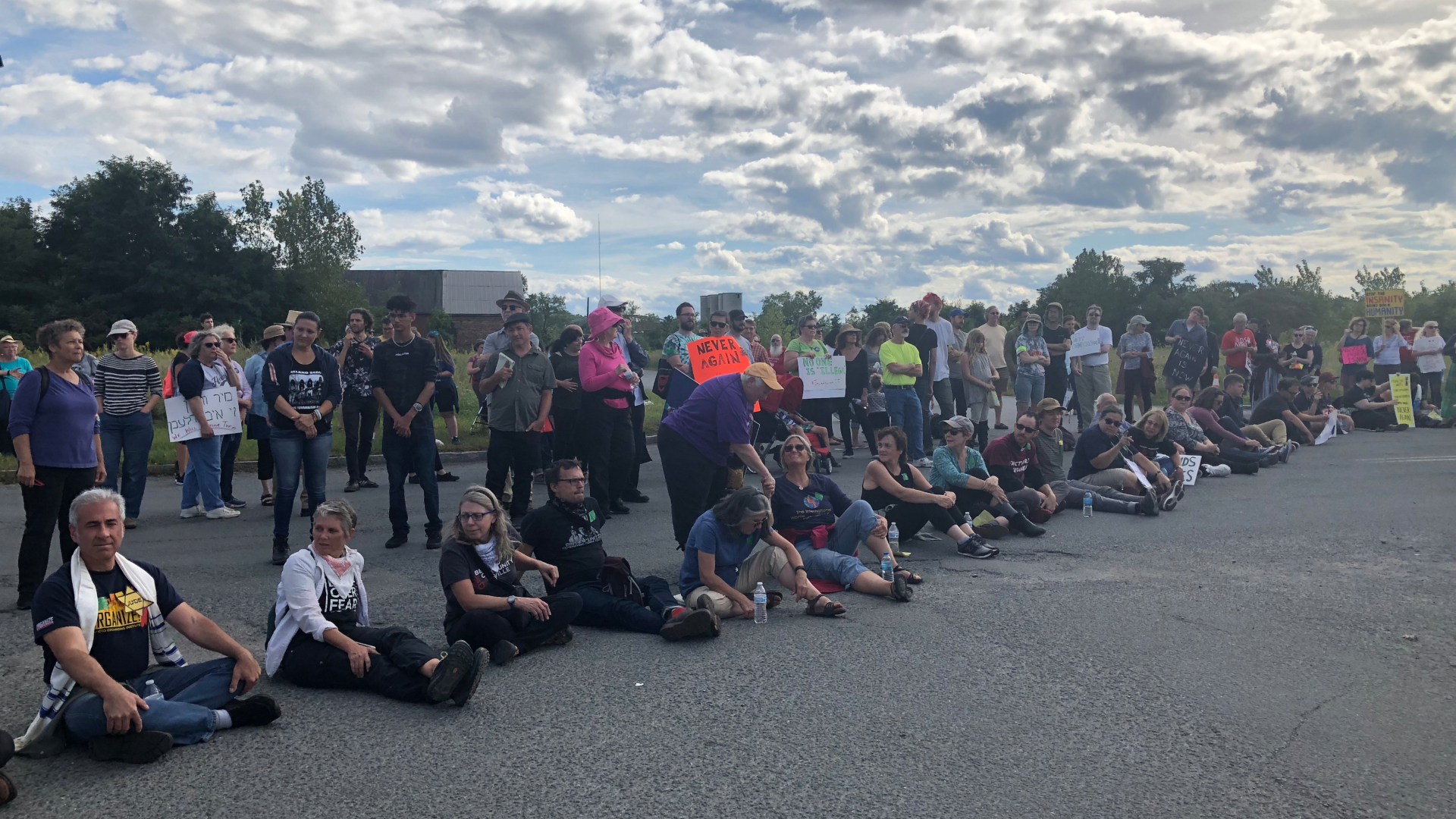 The Jewish group Never Again Action say they organized the afternoon-long protest to prevent history from repeating itself.

"I"m the granddaughter of Holocaust survivors, my grandparents were in a camp in Europe and ended up there because nobody was willing to take a stand before it got to that point," said protester Brianna Becker.

"We are in a unique position to recognize the warning signs and are in a position to say no we will allow this to happen again to this group or any other," said organizer Shae Fitzgerald.

Currently, the facility receives $97 a day for each inmate detained through ICE. The plan was publicly unveiled this summer before being implemented and Russo says the majority of the community was on board with the program.

"About 85 percent of people in Rensselaer County who took the survey were in favor of 287G," Russo said.