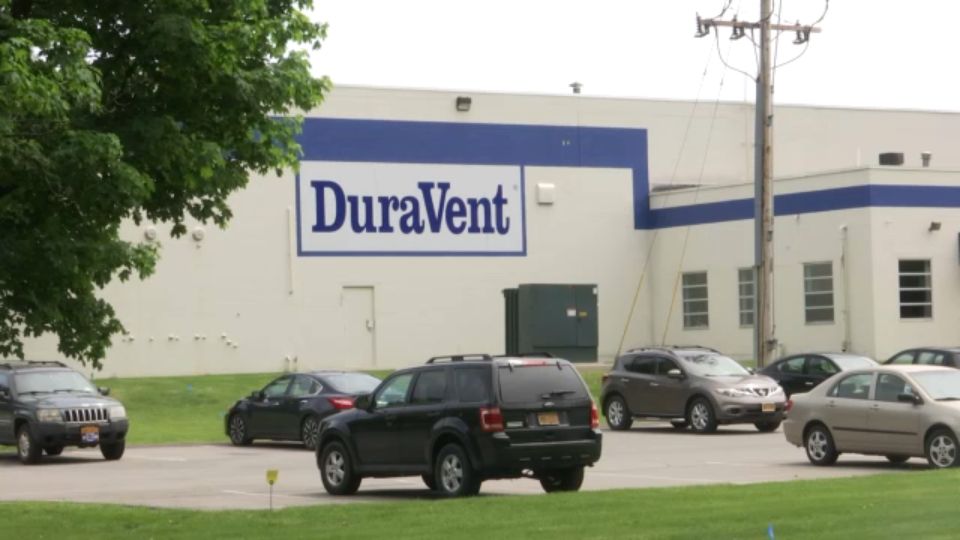 Amazon is again attempting to make its way into the Capital Region.

The village of Colonie is confirming today the Planning Commission is considering a proposal for a delivery station at 10 Jupiter Lane — the current site of Duravent.

The village says Amazon plans to lease the entire 123,000 sq. ft. building, as well as make some changes to get the building up to village code for green space. This comes after a plan for a large distribution warehouse in Schodack was met with opposition from landowners. This facility is different and much smaller.

MWPVL International Inc. — a distribution consulting firm — says with nearly a million people in the Capital Region, Amazon needs something here, and if it can't be the larger fulfillment center yet, this is a start.

“There's gonna be semi-trucks arriving to drop off parcels that have already been picked, packed, and shipped in another building. They drop them off at this delivery station, sort them out by route inside the building, and then drivers are gonna show up with cars and vans to pick up their packages and go perform the deliveries,” said MWPVL President Marc Wulfraat.

The proposed delivery hours are from 7:30 a.m. to 7:30 p.m. daily. Wulfraat says he expects about 40 on-site employees, and everyone else would be a delivery driver or courier service. The major concern the Planning Commission is reviewing is a traffic study conducted by Amazon at the intersection of Jupiter Lane and Central Avenue. Wulfraat says in his opinion, it shouldn't be an issue.

“We're not talking about semi-trailers, we're talking about ‘Mercedes Sprinter’ vans type of thing, so the delivery van. Not even a UPS truck, but more of a normal size delivery van,” Wulfraat said. “So I don't think it would be that perceptible.”

The village says no action was taken at Tuesday’s meeting, but Amazon will need to revise its site plans and application to reflect the commission's comments, and then resubmit the proposal for a future meeting.

Amazon sent Spectrum News this statement: “We are excited to explore opportunities to expand our Delivery Station network. We have no additional details to share at this time.”

Village of Colonie Commissioner Chris Dennis was not available to speak with Spectrum News about the proposal on Wednesday, so it’s unclear what those comments are.