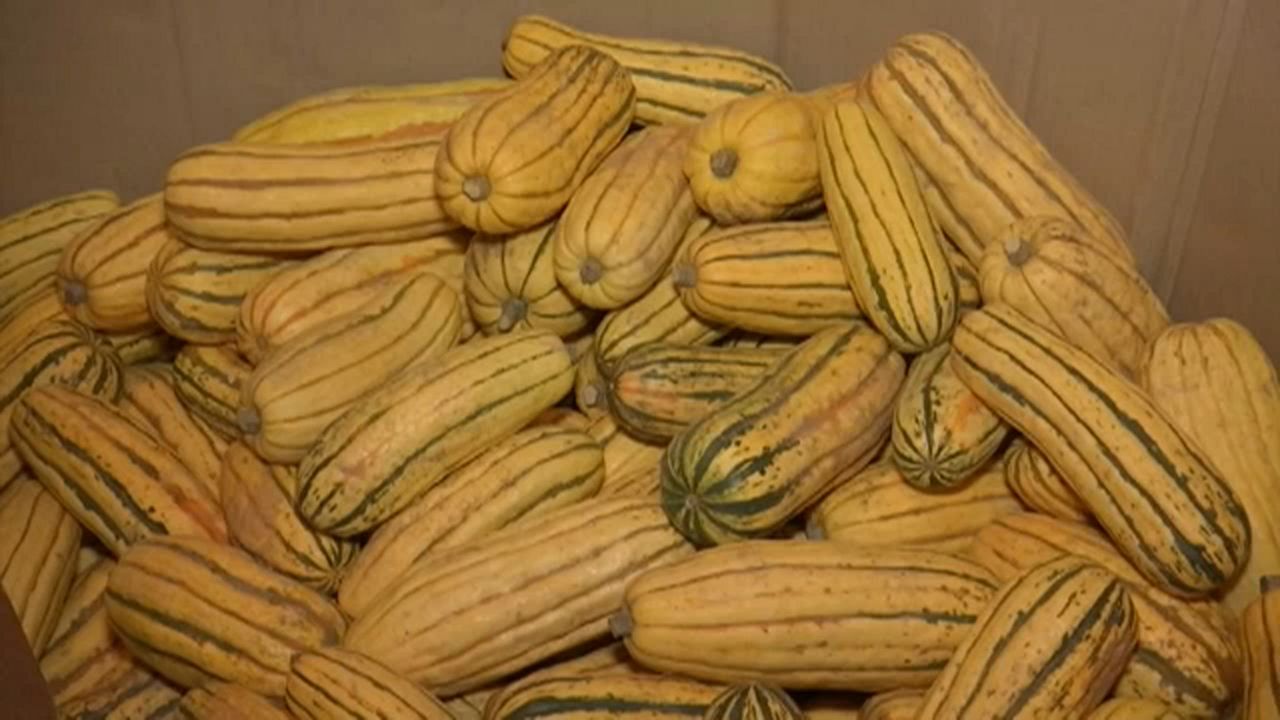 NY Farmers Donate 11 Million Pounds of Food Despite Own Struggles

It’s a tough time to be a farmer in New York State. Net income for farmers has declined dramatically in recent years, due to a number of factors.

Despite that, farmers managed to donate an estimated 11 million pounds of food to regional food banks this year.

For more than 54 years, the Zimmerman family has been growing and harvesting produce on this property in Coxsackie.

Modesty runs in the family at Black Horse Farms, unless you are talking about their tomatoes.

“You can’t even compare them to anybody else’s,” said Lisa Buhrmaster of Black Horse Farms.

Despite their own business struggles, they continue to give back.

“There are so many people that need to be fed here in New York and it is just what you have to do as a person,” Buhrmaster said.

“Because people are hungry and we have excess food,” Zimmerman said.

The state’s Farm Bureau says net income for farmers has declined sharply in recent years due to lower commodity prices and difficult economic conditions. Zimmerman says his profits are down 40 percent compared to last year, due to labor costs and bad weather.

Despite that, Zimmerman continues to set food produce aside to donate.

Donations from farmers like Zimmerman have helped provide an estimated 9 million meals. It is a massive undertaking made possible by people who choose to put the needs of their neighbors first.