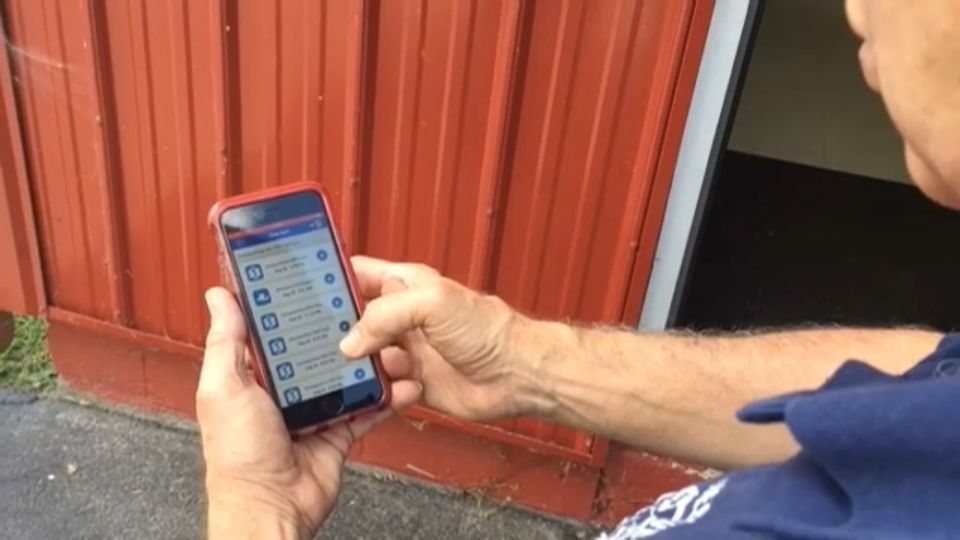 During his 43-year career in the fire service, Jeff Mudge has seen many changes.

“From rubber coats and high boots to the bunker gear we wear today,” said Mudge.

When it comes to potentially lifesaving tools, the battalion chief calls the ‘Chief Mobile’ app a “game-changer.”

The Onesquethaw Volunteer Fire Company in New Scotland announced this week they are the first department in upstate New York to use it. Firefighters get notifications on their phones with information on each call. Responders can show their availability and see where others are located. On a monitor at the station, firefighters can see who is responding and find directions.

“They can see where the call is at by looking up at the TV and who is coming and what their ETA is,” said Brooks Layton, the owner of Chief Technologies.

About 200 fire departments use Chief Mobile, most of them in Delaware. That’s where Layton, a volunteer firefighter himself, is located.

“Our goal when somebody finds us is to make it a very easy decision,” said Layton.

“It is good for our members and it is very good for the public because it makes us more efficient at what we do,” said Mudge.

Leaders from the Onesquethaw Volunteer Fire Company say in the 24 hours since they announced they’re using Chief Mobile, at least five other fire companies have reached out, expressing interest in using the same software.

Firefighters serving people in one Albany County community are embracing new technology that they say will help them better respond to emergencies. The #Onesquethaw Volunteer Fire Company is using the Chief Mobile app, which gives #firefighters notifications on their phones with information on each call. The battalion chief calls it a game changer.