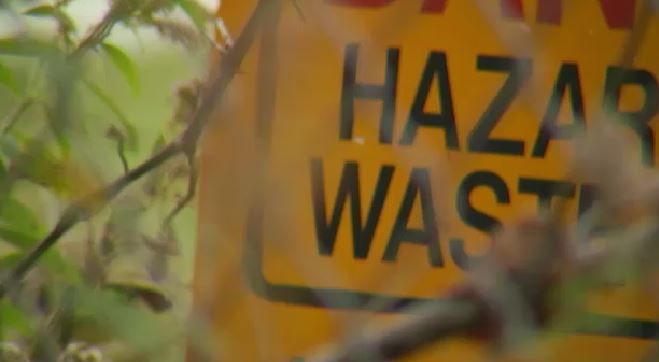 Tuesday night, the Rensselaer County Legislature voted unanimously to pass a law intended to limit the discharge of 1,4-Dioxane.

In the 1950s and '60s, more than 46,000 tons of toxic waste, twice the contamination of Love Canal, were dumped at that landfill. Fleming says a treatment plant, authorized by the EPA, discharged 1, 4-Dioxane that has ended up at residents’ wells, Nassau Lake and the Village of Nassau.

But now the hope is this new law will regulate the amount of 1,4-Dioxane that can be discharged.

“There’s a patchwork around the country where EPA complies with different levels," Fleming said. "There is no standard, and actually we're calling the bluff. EPA has told us for years there is no standard. There's been no levels set for discharge of 1,4-Dioxane into waterways, and we're seeing now there is and [it] needs to complied with," said Fleming.

The new law will fine companies responsible for polluting Dewey Loeffel Landfill if the 1, 4-Dioxane discharge exceeds the .35 parts per billion threshold.