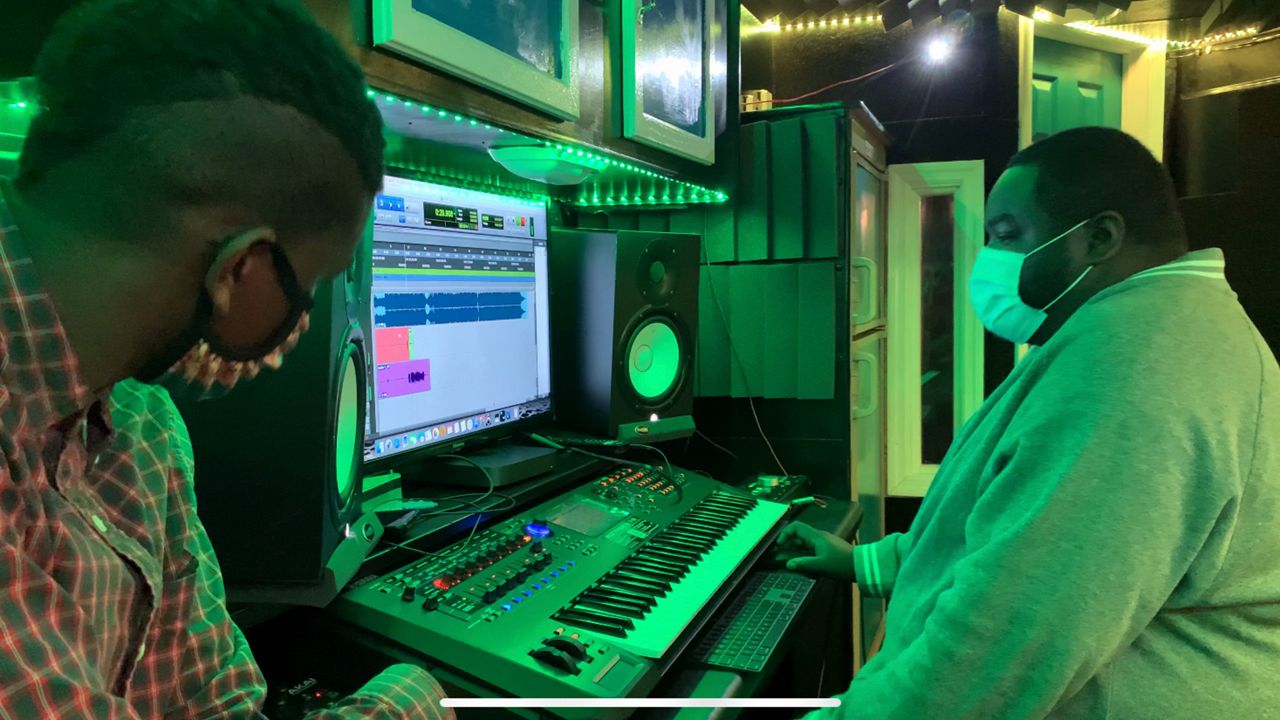 Boys and Girls Club Takes Music Program on the Road

The Boys and Girls Club of The Capital Area recently launched a new program on wheels called Lyricism 101. It’s an RV that is a mobile music studio, complete with recording equipment and editing software.

“The RV was to get to some of the kids that were underserved,” said David Gordon, program director.

“I think mentorship is everything with the youth today. They just don’t have really a lot of positive examples.”

There is a permanent studio at the clubhouse on Delaware Avenue in Albany. But Gordon takes the program on the road two nights a week.

Izaiah “ZaeJ” Jones is from Schenectady and is one of Gordon’s 15 regulars. Right now, the 14-year-old is getting a jump start on the holiday season with a Christmas song.

“It’s just so unbelievable that I was able to write my own songs,” he said. “And someone actually followed through with what they were going to do.”

Dauda Mohammed “Black Superman” Kanneh was born in Africa. His family fled the country when he was a young boy.

“We moved around a lot and then we settled in Albany. I went about my life like any child would,” he said. “Juvenile stuff here, basic stuff there. Getting jumped here, getting jumped there.”

In an effort to get on track and to correct failing grades, Kanneh started volunteering at the Boys and Girls Club almost two years ago. It wasn’t long before he found himself in Lyricism 101.

“I just like the way it makes you feel,” he said. “One song can take you down a rabbit hole.”

Right now, the 17-year-old is putting the finishing touches on his latest rap and is filming a music video to go along with it.

Aboard the Lyricism 101 RV, the group often works together on ideas for one another.

“We gotta support each other, because otherwise, what’s the point?” Kanneh said.

But at the end of the day, Gordon says ZaeJ and Black Superman are the creators; he’s just there to help them along.

“If we sometimes take them by the hand, show them the way, show them some of the creative and fun things we can do, I believe we’ll create tomorrow’s leaders,” he said.

For more information on Lyricism 101, visit the program’s website.