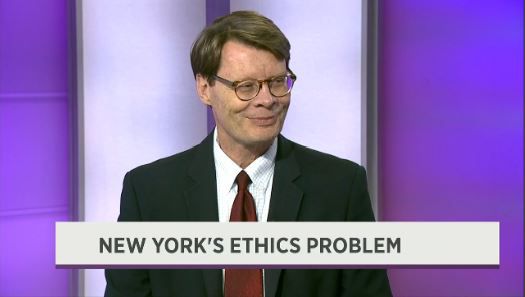 The (Poor) State of Ethics in New York

Another state lawmaker is headed to prison. Republican former Senate Majority Leader Dean Skelos was sentenced to 51 months in prison. Current Senate Majority Leader John Flangan issued a statement saying, "As New Yorkers, we must have zero tolerance for any politician who abuses the public trust.   I served with Dean Skelos and while my heart breaks for his family, he was found guilty by a jury of his peers and must pay for the crimes that he committed." Meanwhile, Republican candidate for governor Marc Molinaro says if he's elected, he'll reinstate the Moreland Commission. That's the anti-corruption commission that Governor Andrew Cuomo created and then disbanded - some say prematurely. Blair Horner is the executive director of NYPIRG and joins us all too often to talk about New York's ethics problem.