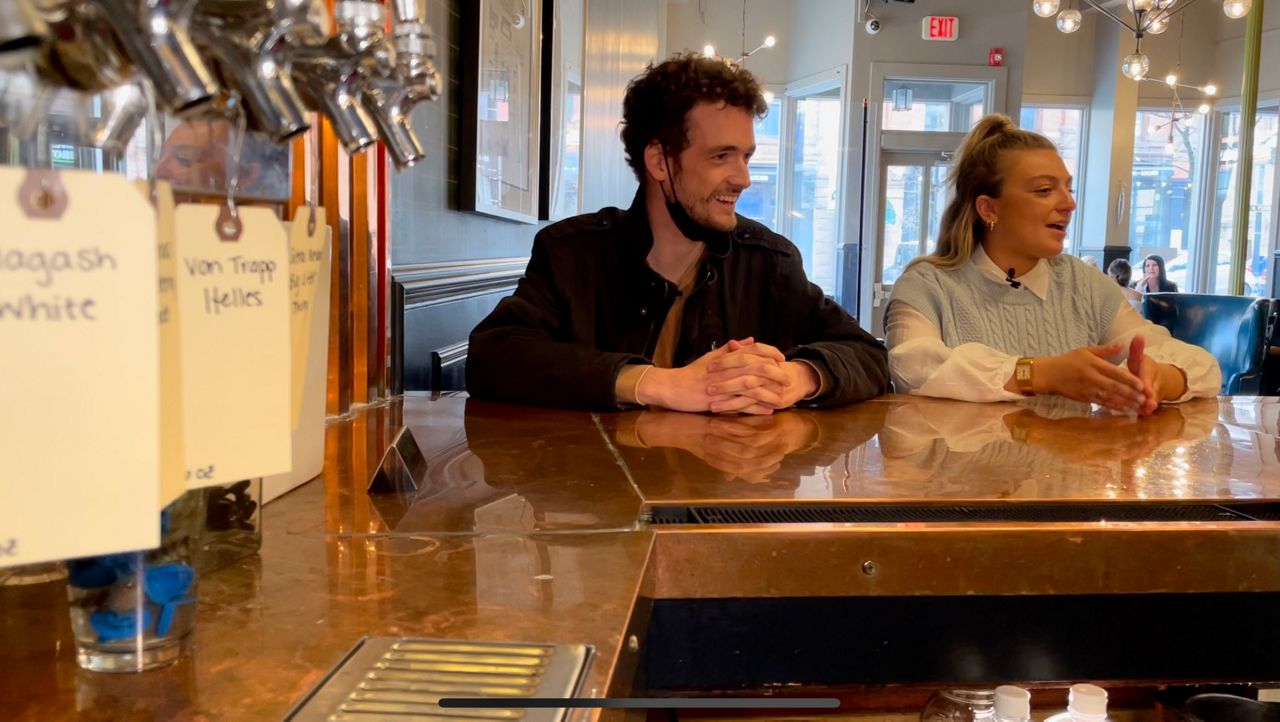 Childhood friends Jack Carpenter and Taylor Rao know the ins and outs of the Capital Region.

“We want to make sure the restaurants we know and love are here when all of this is over,” said Carpenter, co-founder of Two Buttons Deep.

During the pandemic, the dynamic duo at Two Buttons Deep saw that local restaurants needed help. They knew they had to put their platform to good use.

Each week, they raise money from their followers to give to a local restaurant as a tip after eating there. This week, it’s the Bishop in Albany.

They’re the seventh restaurant to get a tip, and the goal of the campaign is to give each establishment the biggest tip they’ve ever seen.

Every week, @TwoButtonsDeep gives one lucky Capital Region restaurant the biggest tip they’ve ever seen. They call it the “Big Tip Energy” Campaign! This week they gave The Bishop in Albany $2,300! Story tonight on @SPECNewsAlbany @whodatgirl_2bd @JacksonCarp2BD pic.twitter.com/FJg9bBWyxU

“So we kind of approach it in a few different ways," said Rao, co-founder of Two Buttons Deep. "One is obviously we have our tried and true favorite spots here in the Capital Region, whether we follow along on social media and have seen them struggle. But we knew as this project got bigger and bigger we would start to crowdsource, not only the tips but ideas on where to go.”

A restaurant is chosen each Friday and the community has around two days to donate.

“It is a feeling I don’t think I’ll ever get tired of,” Carpenter said. “Hanging over this amount of money is something I never dreamed of doing. I think one hundred bucks is the biggest tip I’ve ever given before.”

The Bishop received $2,300 Thursday afternoon; the second biggest tip Two Buttons Deep has given out.

“I’m feeling grateful,” said The Bishop’s co-owner, Raymond Hatlee. “We are extremely pleased here that there are enough people out there who are going to support us like this, it’s a great feeling.”

The campaign will last at least 12 weeks. If the momentum builds, it will go longer.