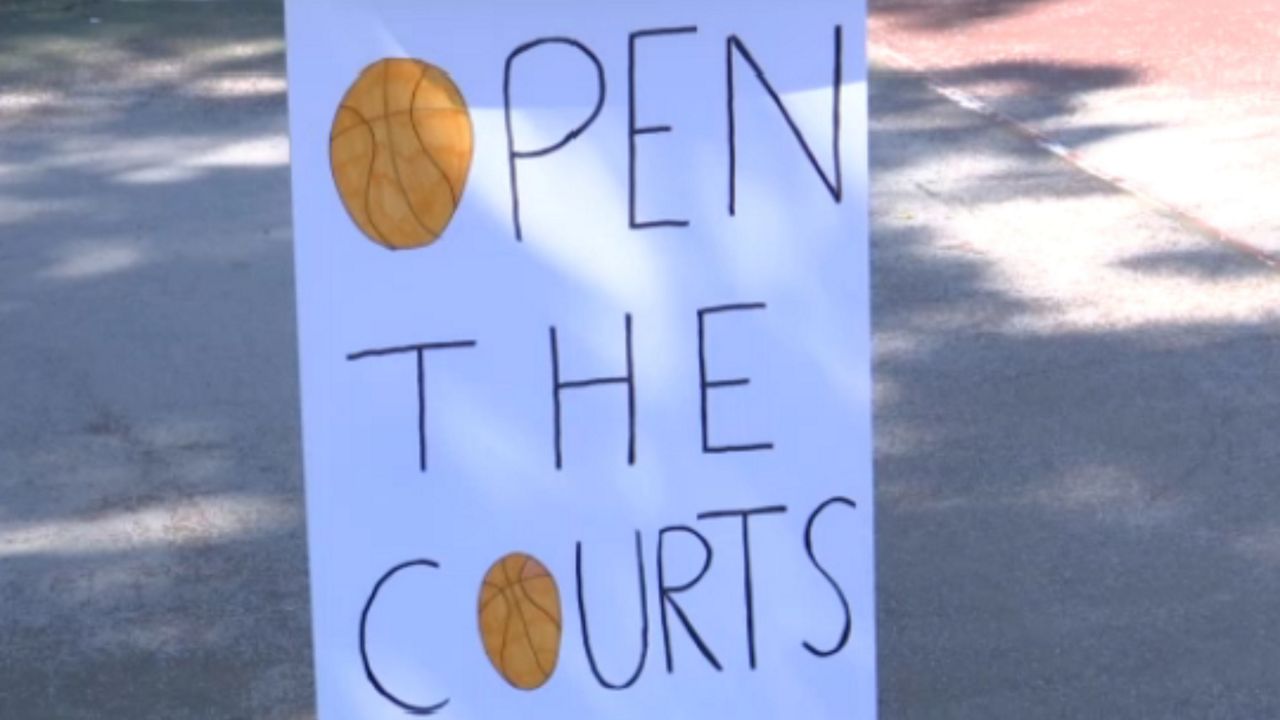 Rally Held in Buffalo Demanding Basketball Courts to Be Opened

The basketball courts in Buffalo are still empty while courts in other regions are active. Youth sports advocates are jumping through hoops to get them reopened locally.

"Youth sports are crucial for the development of children," Duane Whitmer said, an organizer.

An "Open up the Courts Rally" was held at Delaware Park Saturday afternoon because organizers say Buffalo is one of the only areas that has not reopened recreational courts.

"The reason why we're here is because I have contacted everyone in the city and no one returned my phone call. So, as far as I was concerned, this park was going to be closed all summer and that's unacceptable," said Jim Ostrowski, another organizer.

One of the main reasons for this rally was to discuss how important outside activities are for the youth not only for exercise but for social growth as well.

"Meeting people that you don't necessarily meet, having those interactions especially during this time where schools are shut down due to COVID and a lot of kids are missing out on interactions they desperately need to develop their social skills," Whitmer added.

A local artist and criminal justice reform advocate also took the podium to be a voice for African American youth who feel like they're being discriminated against.

"The bias and prejudice because these courts are closed down for them and this is a big activity for them this is a favorite sport for a lot of African American youth," Valentino Dixon said.

One local ball player says he's been dying to shoot hoops and travels by any means to get to the courts that are open.

"I bike several miles a day just to go play basketball in the suburbs and all their hoops are up. Being a city kid I have come to realize other city kids have no advantages in the area because there are no hoops up," Will Ostrowski said.

So far, there has been no word on when or if the courts will reopen. We've reached out to the city for comment.