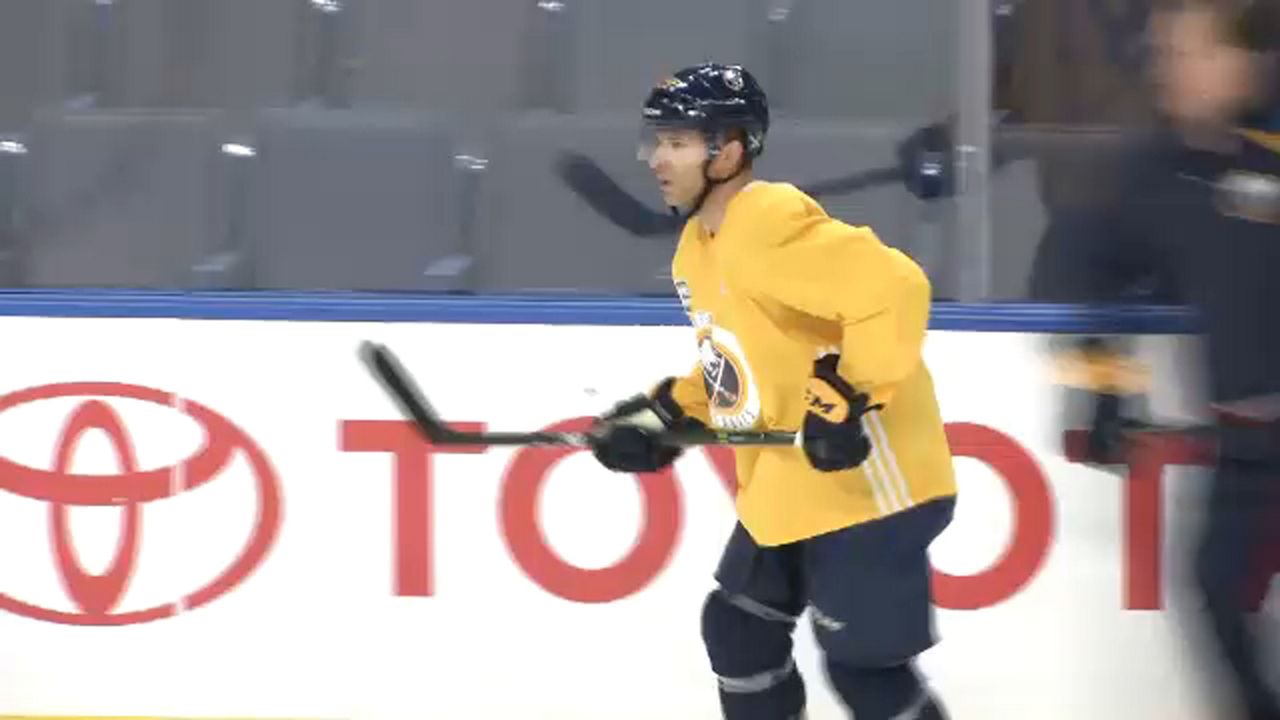 BUFFALO, N.Y. - Jason Pominville has seen the NHL go through a ton of changes since playing his first professional game 15 years ago. A notable difference is the league's speed; NHL hockey is a faster game than it was in 2003, and Pominville credits early intervention for the quicker pace.

"My son's eight years old, and you see guys already at his age. They have skating coaches, they have stickhandling and agility stuff," he says. "Everything's evolved quite a bit. It's fun to see. It's nice that they have the assets and the tools to have other people help them."

The 35-year-old Pominville was a faster skater in his youth, but his hockey IQ and work ethic have helped him keep his job. Pominville turns 36 next month, and will likely play his 1,000th NHL game in November.

"You envision trying to play one game and making it. once you're there, you try to stick around for as long as you can," he says. "I've been fortunate to play with good players and teams, and stay healthy. You pinch yourself every day because it has been a while. I feel very, very fortunate about it."

When Pominville first broke into the NHL, he says heavy lifting was a part of his offseason training regimen. That's no longer the case - the forward has shifted his workouts to focus on flexibility and mobility.

"Usually I start the summer with yoga to get back into it," he says. "I do a lot of stretching on my own, before or after practice at home."

Assuming Pominville gets to his thousandth game, he'll join an exclusive club - only about 5 percent of NHL players have ever had a career last that long.