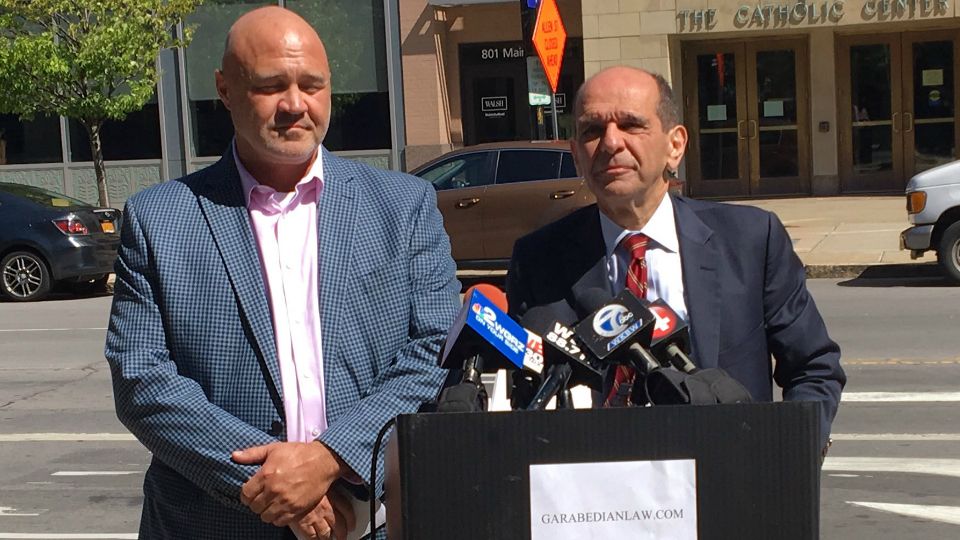 Another survivor of alleged clergy sexual abuse has come forward, with more than just a civil lawsuit against the Diocese of Buffalo.

For alleged abuse survivor Wayne Bortle, the details of the case date back to 1979. And while the accused priest has since died, the church hall which bears his name has become a constant reminder of the past, some 40 years later.

Add that to Bortle’s request to have Conlin Hall renamed — a request he made again after seeing it mentioned in recent church bulletin.

Here is a pic of the accused. The late Father Robert Conlin.@SPECNewsBuffalo @ajstaebell also on the story with me today. pic.twitter.com/cs6CyImCua

Bortle and his attorney say just seeing the name in print and on the hall is insensitive, brings back painful memories and sends a negative message to others.

Garabedian says it’s now up to the church and Diocese to respond to the complaint.

The Diocese did not immediately return a request for comment.

We have also reached out to the Diocese for comment on whether the church hall will be renamed. pic.twitter.com/400XoU97DW