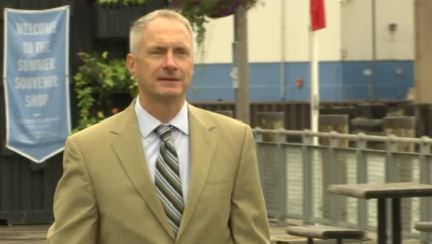 He said he spoke with constituents and party leaders across the 60th district and is confident he has support.

"I have commitments from the town chairs throughout the district and I've been out and met with different town officials and also their committee members. So I feel very strongly that I'll be able to secure the endorsement of the Erie County Democratic Committee," Ryan said.

The seat is currently held by Republican Chris Jacobs, who is running for Congress. In 2016, Ryan mulled running against Jacobs in the 60th but decided he could best serve the area in the Assembly.

He said things have changed. Democrats now control the state Senate and Ryan expects they'll be able to hold the majority. However, Buffalo's Tim Kennedy is the only Democrat west of Syracuse.

Ryan pointed out his current district already covers about 40 percent of the 60th.

"This will give me an opportunity to have broader influence but also to represent more Western New Yorkers and I think that's a great opportunity," he said.

He believes as a seasoned politician, he can step right into the job with very little learning curve.

"The main issues in Western New York are always our economy," he said. "We still have an economic insecurity. We've seen job numbers come up but the rate of pay is still pretty low."

No Republicans have announced their intentions for the seat, although if the party intends to try to regain the majority, the 60th will likely be a major battleground.

"I can't predict what the Republican committee is going to do but I can tell you what I'm going to do and that is work hard and reach out to everyone in the 60th Senate District regardless of their party affiliation," Ryan said.

While Democrats have a roughly 2-1 enrollment advantage in the district, control of the seat has swung back and forth between parties over the last decade.