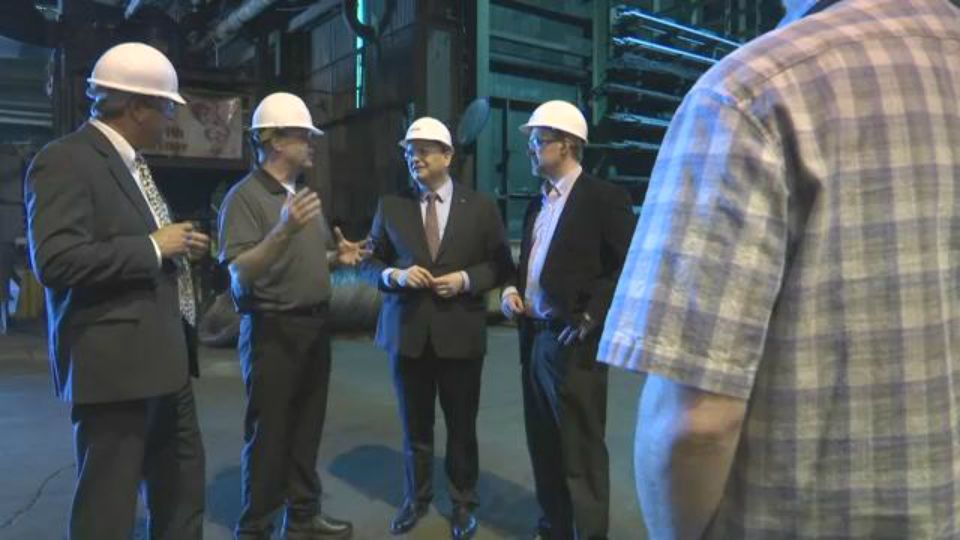 DUNKIRK, N.Y. — Dunkirk Specialty Steel says things are going good these days. The factory employs 285 people and a $10 million expansion is in the works.

"You're hearing about the growth opportunities here," Rep. Tom Reed said. "They've gone up 20 percent from Quarter 3 to Quarter 1. Twenty percent growth is a huge amount of growth."

"A lot of information, a lot of concern out there about the new trade tools that are being deployed by this administration and what you see here is the results of this in a positive way," he said.

This week the Trump administration postponed imposing steel and aluminum tariffs on United States allies like Canada, Mexico and the European Union. Reed said just the idea of tariffs is affecting the market and foreign trade negotiations.

"What you see in the administration is kind of a willingness to use these new tools, but do it in a way that's productive and not damaging to our American interests," he said.

The Republican also believes the federal tax overhaul is having a positive effect on companies like the one he toured Tuesday.

"We're seeing new modeling of domestic growth in our economy going up a percent, two percent. Those are huge numbers that I don't think people really appreciate," Reed said.

He acknowledged reports, including one in Tuesday's New York Times, which claim corporate spending on stock buybacks for shareholders is increasing at a faster rate than actual reinvestment.

"If you're investing in a company and you want to get some of your investment back, that's part of the process but overall this is good because the tide is raising for everyone," he said.

While many economists say it's too soon to judge the impact of the tax bill, Reed believes history will look kindly on it.

"I know where this tax reform is targeted because we worked on it for six years. This is for those hardworking Americans that are working paycheck to paycheck, give them better opportunity, higher wages. You're seeing wage increases at levels we haven't seen for 40, 50 years,” said Reed.