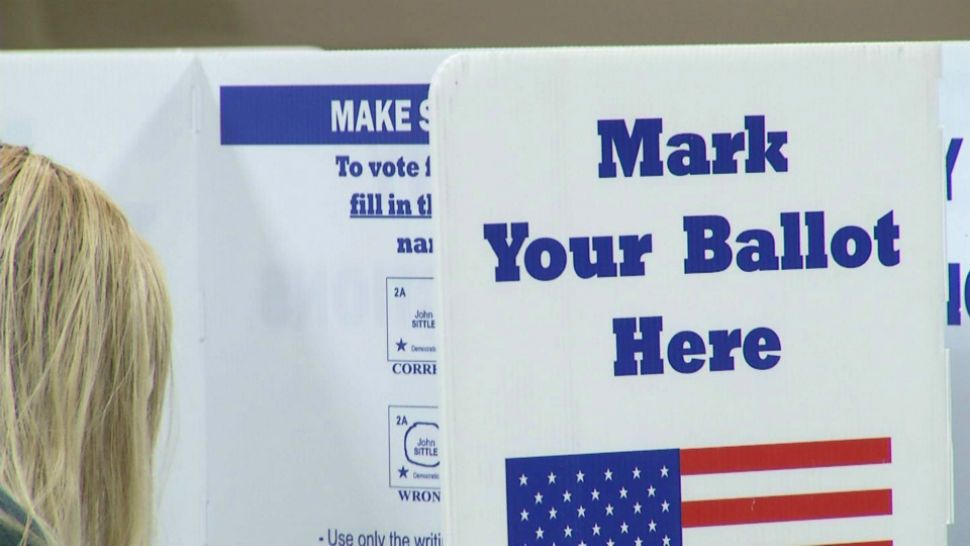 "I have a history of standing up for people and championing issues that I think are important to the Democratic Party," Burke said.

There is no primary because the upcoming vote in April is a special election so Buffalo Public School teacher Erik Bohen sought out other options.

"Ultimately I am a Democrat but I will be running on the Republican, Conservative and Independence lines," Bohen said.

He said he's not concerned about running on the GOP ticket and plans to conference with Dems if he wins. Although he's never run for office, Bohen believes the community knows where he stands.

"The majority of my career I've learned to work with all people to accomplish a task," he said. "I feel like I can get along with both parties and do the right thing for the citizens of this district."

But Burke, who also has the Independence and Working Families parties endorsements, points out Bohen has ties to Republicans in the county legislature as well as former gubernatorial candidate Carl Paladino, who he helped run for the Buffalo Public School Board. Paladino is now supporting Bohen's campaign.

"I would view my opponent as a Republican, not only because he's running on a Republican line but also because he has worked on behalf of Republicans for several years now," Burke said.

There is precedent for a Democrat running with the Republican endorsement in the 142nd. In fact, it's how the district's last assemblyman, Mickey Kearns, assumed the seat in 2012. Burke said the parallels end there though.

Burke touted his experience on the county legislature but Bohen said he plans to run on his record as well.

"I feel like I've proven myself in our neighborhood, in this district, with various causes. I don't want to do any nay-saying about my opponent but I think that I am the best candidate for this position," he said.