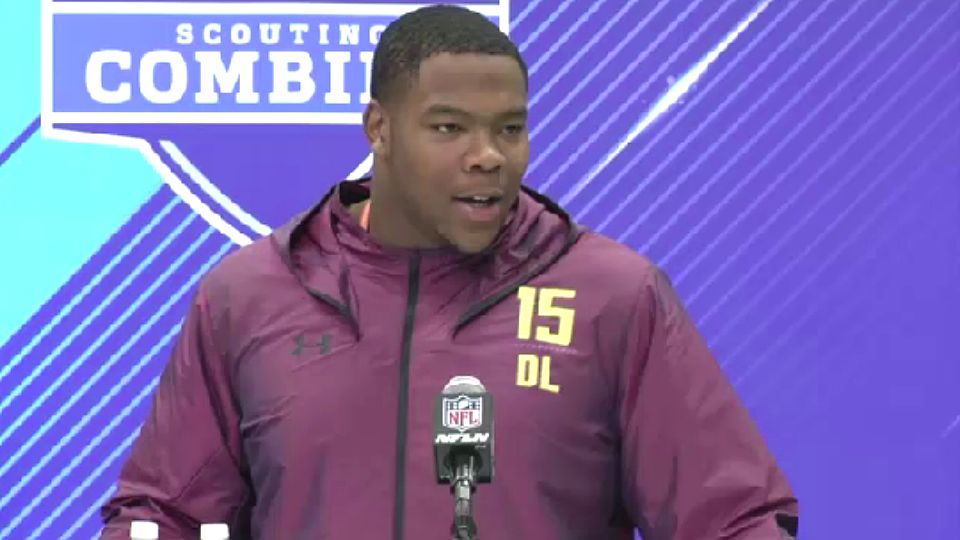 BUFFALO, N.Y. — Alabama has churned out dominant defensive tackles during Nick Saban's era. The latest is Da'Ron Payne, whose strength might be his biggest asset, repping over 500 pounds on the bench press while weighing just over 300 pounds. Payne's game has really developed while starting the past two seasons under the tutelage of former Bills defensive line coach Karl Dunbar.

"He wants you to do everything right. Just come out everyday, ready to work. He always says 'Make sure you put your signature on your work everyday, don't leave anything out there,'" said Payne.

Payne's numbers on the field won't jump out at you with just 102 tackles and three sacks in three seasons at Alabama, but he sure finished strong — earning Defensive MVP honors in the Tide's Sugar Bowl and National Championship wins. He's intent on silencing the doubters in regards to his ability to make plays.

"That's what I want to come out here and show everyone," Payne said. "I'm more than just a run-stuffing defensive lineman. I think it's more of our scheme, we try to keep our linebackers clean and let them flow over and make all the plays. I didn't have a problem with it. I just bought into the system and did anything I could do for our team to win."

If teams think Payne can get to the quarterback, he's a first round pick, otherwise, look for the run-stuffer to go in the second.

Check back with Spectrum News as we continue our Prospect Profiles series Friday with Auburn running back Kerryon Johnson.