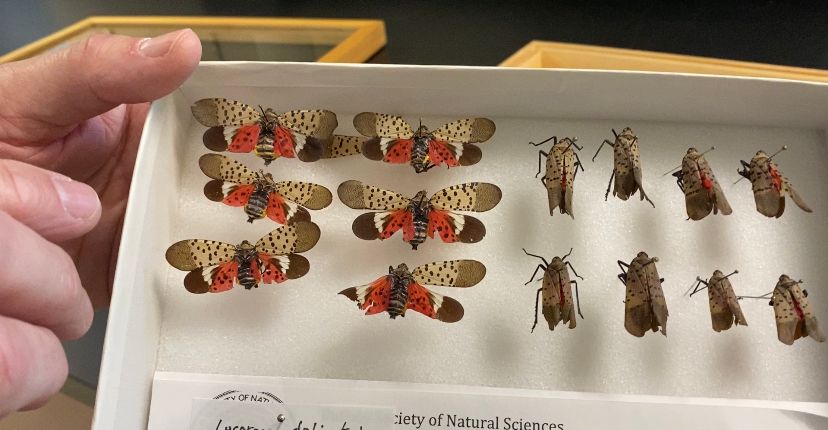 Officials issue warning about spotted lanternflies: What you need to know

BUFFALO, N.Y. — Larry Wozniak has been a volunteer in the Entomology department at the Buffalo Museum of Science for three years.

"That’s my background. I studied a lot of it when I was in college and afterward. I’ve been collecting insects for a long long time and they’re just fascinating creatures," Wozniak said.

Wozniak says spotted lanternflies are not good to have around because they’re invasive pests. The Town of West Seneca says one was spotted in the town in early July.

"They were first identified or found here in states down near Philadelphia back in 2014. It is slowly moving westward," Wozniak said.

The spotted lanternflies can’t fly long distances, but they can hitch a ride on things like trucks. While there have been no confirmed infestations in Western New York, Wozniak says one could come in the near future.

"Most likely the infestation may come within the next year, two, five years…we don’t know," Wozniak explained.

Kim Meehan is the chief scientist at the Buffalo Museum of Science. She says the spotted lanternflies are a problem because they can affect local agriculture and farming.

"It is a piercing-sucking insect, similar to an aphid, so its little snout pierces into the soft material of many trees and sucks out the sap," Meehan said.

Scientists say they love to eat apples, apricots, grapes, hop trees and maple trees, among other kinds of trees. So what do you do if you do see a spotted lanternfly? Meehan says to take images of the insect, then collect the organism and quarantine it.

"So, put it in a plastic bag with a little bit of rubbing alcohol or a small container to ensure that it actually is the species that we’re talking about. Merely saying I saw one won’t suffice," Meehan said.

You then should send those pictures of the insect or its egg masses to the NYS Department of Environmental Conservation. You can find out more about the spotted lanternfly and what to do if you spot one on the DEC’s website. You can also contact the Cornell College of Agriculture and Life Sciences, Western NY PRISM, NYS Integrated Pest Management, or the USDA.