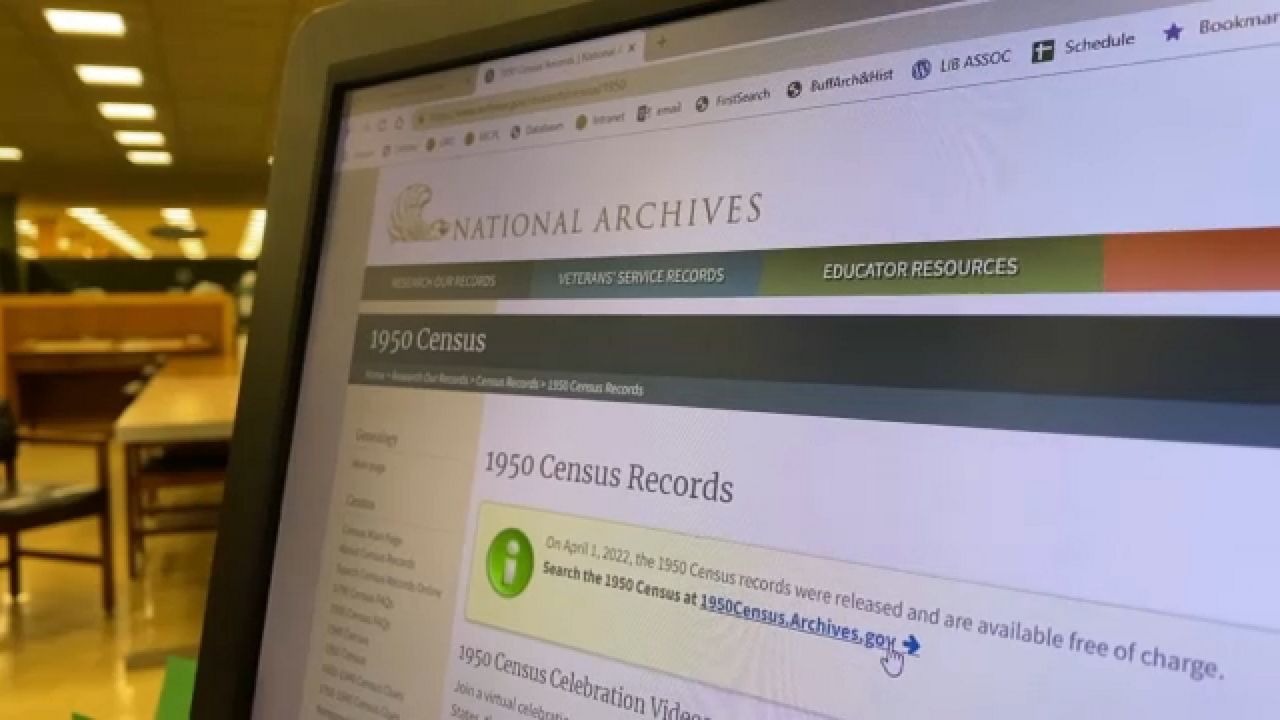 On April 1, a new census was released. This one is from the 1950s. While the census, a questionnaire created by the government, is done every 10 years, it's released 72 years after the release date.

“They figured the average lifespan for a United States citizen is every 72 years so for privacy reasons, it’s only done every 72,” professional genealogist Nancy Koester said.

Rhonda Hoffman is a genealogy specialist at the Buffalo and Erie County Public Library. She said it’s helpful for the government to plan for funding or services.

“Different questions are asked different years and it all depends on what the government’s interest is at that time,” Hoffman said.

The 1950s census is different as well because you can search for people by an address online, a feat that you could not do before on the day the census was released. Hoffman was excited when the census came out this year because it was the first year her parents would be in it. She also enjoys helping library patrons with the census.

“A lot of people don’t know a lot about their families and sometimes a particular census year is key to finding out who their parents are,” Hoffman said.

Koester said there are a lot of people very interested when it’s their own past.

“History is a lot more fun when it’s your own,” Koester said. “So when they realize, ‘oh my gosh, I’m going to be on this census,’ people who are 75, 76 years old are going to see themselves, that’s kind of an exciting thing in their lives.”

Hoffman said she discovered something surprising by going through the censuses. Her family told her they came to the U.S. under an assumed name to try to escape German military service and that they used two last names, Hoffman and Polcyn.

“Using church records, I found out where they were from in Poland and then I was able to access Polish church records and I found out that my real last name should be Polcyn instead of Hoffman because that’s how my great grandfather...that’s the name he was baptized under,” Hoffman said.

Hoffman said genealogists can spend all day researching and can become really happy with one new piece of information. It's because it helps put their stories together.