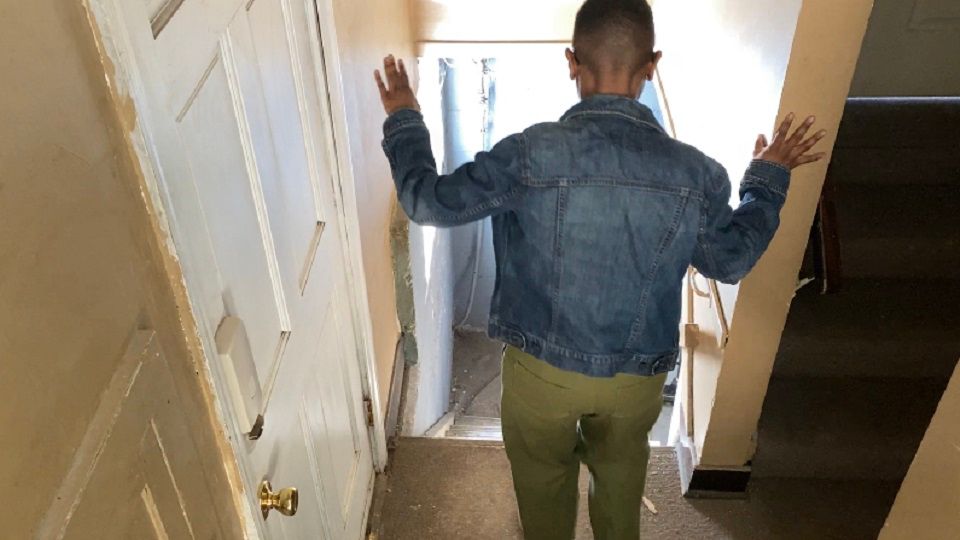 BUFFALO, N.Y. — According to the Mayo Clinic, multiple sclerosis — an autoimmune disease also known as MS — is when the immune system attacks the protective covering, called myelin, that covers nerves. MS causes communication problems between the brain and the body and it can cause damage or deterioration of the nerves.

When Eboni Hayes walks, she sometimes uses the support of walls and rails – especially when the floor is uneven. She sometimes needs to use a walker. She has multiple sclerosis, and it makes balancing and walking long distances hard. It can make her job as a real estate agent a little more challenging.

“I have to learn to pace myself and also acknowledge the challenges that might be,” Hayes, a real estate agent, said. “So if I look at my calendar, if I would expect to have a busy day the day before, then I would rest more on the day before so I would be able to conserve that energy so I can show my clients and be the best I can be for them.”

Eboni was also diagnosed with mononucleosis, a severe version of the Epstein-Barr virus, or EBV. She was diagnosed when she was 16.

"So that was the thought that maybe that could be a link, but I mean it was so long ago,” she said. “It was like, let’s move forward. But definitely it was seen as perhaps, for me, it doesn’t matter. It just matters that I beat this. I get through this. No matter how I got it.”

But now that uncertainty is one step closer to being resolved. Dr. Svetlana Primma Eckert, a neurologist at the UBMD Neurology, says EBV could potentially be one of the leading causes of MS. She says a recent study in January done by researchers in Harvard looked at more than 10 million military recruits. They followed those recruits over a 20-year period and they checked their blood to see if they ever had EBV.

"What they found was that 900 patients or so ended up developing MS out of those 10 million, and essentially almost 100% of those patients did end up having this EBV virus,” said Dr. Eckert. “And when they compared to people who had EBV to people who did not, the people who had the prior infection were 32 times more likely to develop MS.”

But Dr. Eckert says just because one has EBV does not mean you will develop MS.

"There seems to be kind of a perfect storm that has to happen, it is the EBV infection but there’s also some genetic predispositions that people have,” Dr. Eckert said. “A part of it can be familial like parents or other relatives of the person might have had MS or other autoimmune problems, that can increase the risk. Also Vitamin D seems to be a big component, and where they live, so how far from the equator they live.”

What do these findings mean? Dr. Eckert says they can potentially lead us to prevent some MS.

"Moderna is working on a vaccine for EBV, so if we can prevent some of the EBV infections or if we can decrease the bad response and decrease those markers of inflammation related to EBV with a vaccine, then potentially so many patients’ MS diagnoses down the line can be prevented," Dr. Eckert said.

Eboni Hayes says she’s all for new studies regarding MS.

"When I was first diagnosed, there wasn’t a lot known about it,” she said. “And over the years to see, you know, the progression and diagnosis and how to do things, I’m really happy about it. There are some people who can’t walk. There are some people who can’t function daily. And I am extremely happy about it. You want to keep studying about it, please do, and I’ll read about it.”

Dr. Eckert talked about two more studies that look at the role of antibodies of EBV and their relation to MS. When myelin is destroyed, it causes the symptoms of MS. Dr. Eckert says a study done in January by the NIH involving mice showed that the antibodies from EBV bind on specific receptors in the nervous system. The theory is that they trigger autoimmune processes that lead to the destruction of the myelin — that protective covering of nerves — in the mice, providing causality for MS.

Another study was done in 2019 by UBMD Neurology and the Buffalo Neuro-Imaging Analysis Center that looked at MRI's of people with MS and MRI's of people without MS. Dr. Eckert says they found that when they compared the two groups, many more MS patients had prior exposure to EBV. She says that study also suggested that the MS patients who had higher antibodies for EBV, the worse their MS symptoms might be.

Dr. Eckert says EBV also causes certain parts of the virus to continuously produce the antibodies. She says if there is a way to lower the antibodies by targeting the cells that remember the virus, through medication, it may be possible to decrease the antibody and therefore decrease the inflammation associated with MS and help the symptoms of those who already have the disease.