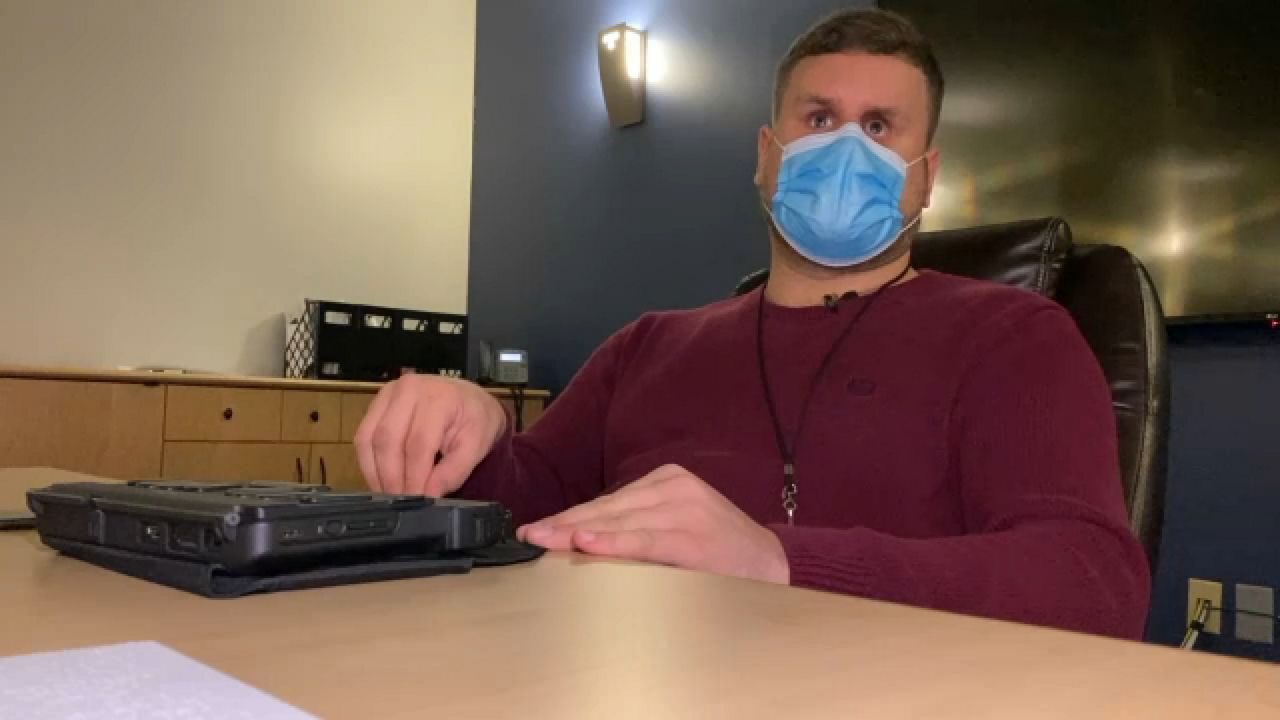 How technology is changing being blind in the digital age

January is National Braille Literacy Month. The New York State Commission for the Blind says braille literacy is decreasing because of fewer trained instructors, and with more school age students being educated in their own communities instead of schools specifically for the blind. Educators from the nonprofit Visually Impaired Advancement say technology also plays a bigger role in the lives of those who are visually impaired.

“It’s a gamble, you know it really is,” Zylinski said. “I mean I’m very confident. You know I’ve been traveling independently for 20 years. But even then.”

Ray is blind. When he was 1 year old, he was diagnosed with bilateral retinoblastoma - cancer in both eyes. A radiation procedure killed the cancer, but also his optic nerves. After he lost his eyesight, his parents brought him to the nonprofit Visually Impaired Advancement, or VIA, to help Ray develop basic skills.

This 12-pound machine is what Ray used to use to write in braille. But Ray says now braille is being phased out. What’s currently commonly used is assistive technology, something Ray hated using in school. But Ray realized how useful assistive technology could be. It allowed him to be more independent. He used to have to have an aide read him everything on the board, projector or handout. Then when he did his work, he had to hand in his braille work to the aide, who would then transcribe it and submit it.

“Learning the technology allowed me to type my work on the computer, and then I could print it,” Zylinski said. “That moment right there, I was like okay, the technology, I might be onto something there.”

What is assistive technology? Ray is holding a Braille Note plus. It will allow you to write papers, navigate the internet, emails, music and more. It pairs with a phone and turns into a tactile keyboard, which is easier for those visually impaired.

“Then in the work force, it can be paired to your computer, and it can read what’s on your computer in braille,” Zylinski said.

Smartphone apps, like Seeing AI, are also useful for those who are visually impaired. You can scan a face to tell you what someone or something looks like, know what kind of bills you have in your hand or to call a Lyft.

Ray says it’s still important to learn braille. It can help with daily life. He gives the example of a breakroom.

“Instead of having to open up each cupboard, feel around inside, find out what’s in there, you can put a little braille label of the front of the door that says cups, bowls, mugs, coffee supplies, whatever you want to label and same thing with the drawers, silverware and rags and pot holders and whatever else,” Zylinski said. “I find that extremely useful in a work setting, obviously you wouldn’t have to do that in your home you would know where they are.”