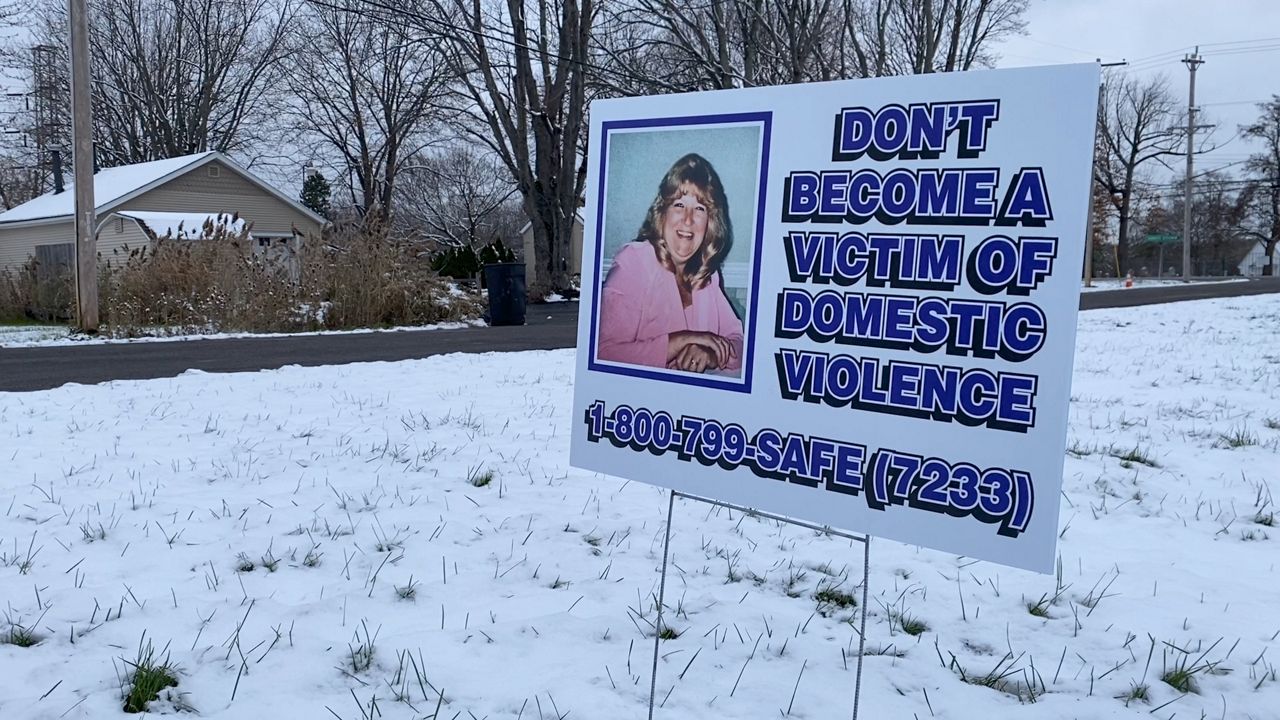 NIAGARA FALLS, N.Y. — In 2009, a Niagara County family was shaken by domestic violence.

Julia McGill was shot and killed by her ex-husband, something he claimed was an accident.

Now, more than 10 years later, Julia is serving as symbol to raise awareness.

“She loved to dance … just have fun,” recalled Aaron Reid, Julia’s son. “She loved her family, her grandchildren and she was definitely taken too soon.”

“All the grandkids of Julia been helping,” said Reid.

They started making yard signs in September. On them is a photo of Julia with the message, “Don’t become a victim of domestic violence,” and a hotline for help.

“So many signs out there and so many people asking for them,” said Reid.

“I didn't believe it because I just got off the phone with her, but it was it was true. [The] nightmare was true,” said Karisa Johnson, Julia’s daughter. “But I just want to make sure that people are aware about this and [know that] it happens to everyone.”

Johnson started the signs after her mother’s killer was released, two years before his sentence was up.

All costs some out of her own pocket.

The signs are two-fold. She wants better treatment for domestic violence victims and their families, but also to raise awareness.

Hundreds are up in the area, and there’s even a TikTok account telling Julia’s story.

The impact is already apparent.

“I started having people contact me that are survivors and are going through it now and asking for help from me,” said Johnson. “It's kind of unreal. Just by doing this, I could save someone else's life.”

“There's almost no one that hasn't had a situation where they knew someone that was going through something like this,” explained Audra Feldhousen, Julia’s niece. “You don't really know what to do in these situations because you can't force people to leave if they don't want to, so you kind of feel helpless.”

The signs Johnson made help bring statistics to life.

Julia wasn’t just a number, but a real person with a real family and real memories that could have been.

“It's been 12 years now since she passed away,” said Reid. “Now, these signs are just another way of remembering her.”

It’s a small thing, just a sign propped up in someone’s yard — but for a problem that isn’t stopping anytime soon, this could mean so much more.

“I think she would be proud and be happy that we turned something that was a nightmare and did something positive and can save somebody else,” said Johnson.

If you’d like a sign to put up in your yard, you can contact Julia’s kids on social media. That can be found here or here.