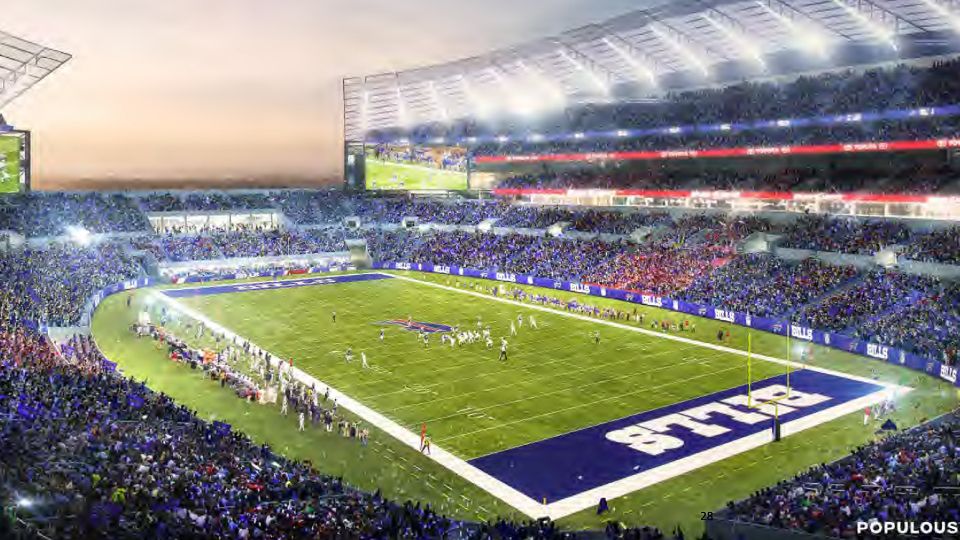 Here are renderings of what a potential new #Bills stadium in Orchard Park would look like, with map indicating where it would go. pic.twitter.com/ZlLCG6VyUm

Images included in the September 2019 report show the stadium could have a grass field, but no retractable roof. The proposed stadium could also look the same regardless of being built in Orchard Park or near downtown Buffalo.

Construction on the proposed South Park site in Buffalo’s Old First Ward could start in February 2024 and a new stadium could be up and running for kickoff of the 2027 NFL season. A final price tag would be in the realm of $2 billion.

When it comes to building a new stadium in Orchard Park, it would cost just more than $1.5 billion, nearly $450 million less than downtown's South Park site price tag.

In the ESD report, officials say there would be no loss in the overall tailgating experience and the Bills would not be displaced while the new stadium was being built. Roadways, pedestrian walkways and nearby utilities would also be reworked.

At the proposed South Park site, tailgating would remain a fixture of the Bills game fan experience, but it would be a tad different, as fans would tailgate in parking ramps, nearby parks and at bars and restaurants. Traffic patterns surrounding the proposed stadium would also be reworked and adjusted.

The internal Pegula Sports and Entertainment report ranks the South Park site as the best option for the future home of the Bills. That’s based on a matrix created by the report’s authors.

Gov. Kathy Hochul has said she is open to whatever site Bills ownership ultimately chooses.