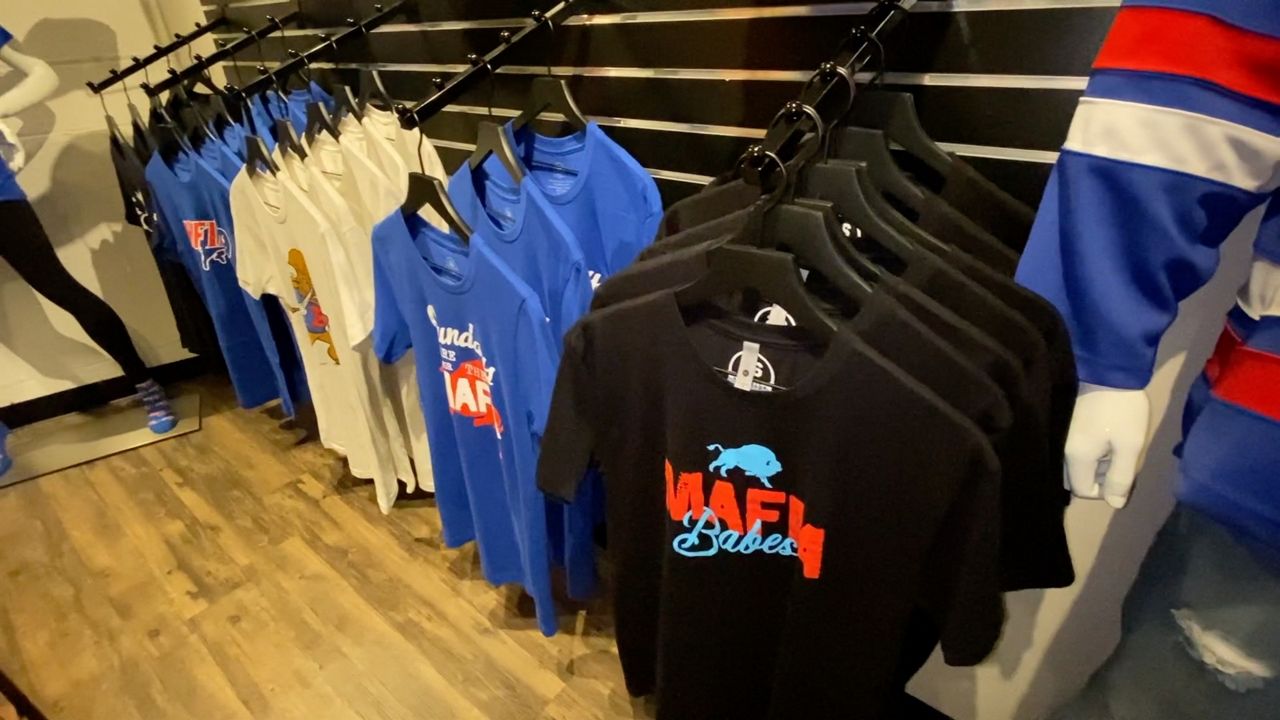 BUFFALO, N.Y. —  Del Reid, best known for starting the famous Bills Mafia movement, is the founder of 26 Shirts. Through this, sports gear is sold, with funds going back to help people in need.

“I had this idea to create this one-year community service project called 26 Shirts,” Reid said. “We were going to sell a different shirt every two weeks. And give as much as we could to families who need it. The idea took off and here we are eight years later.”

The Mafia Babes, a community of about 16,000 female Bills fans, decided that they wanted to help 26 Shirts.

“Because our values are very similar,” Mafia Babes owner Kristen Kimmick said. “We’re driving in the same direction of wanting to be charitable and help out the community.”

The Mafia Babes teamed up with the company to create team garb.

“The funds from the Mafia Babes foundation are all grouped together across all of the different avenues,” Kimmick said. “With 26 Shirts, proceeds from all of the gear goes into the foundation.”

At the end of each month, the funds raised go to help a different charity, which is decided through partnerships with Bills players.

The mission is to help children from financially disadvantaged families.

Through all of this work, the Mafia Babes say they want to not only support the Bills, but also support the community.