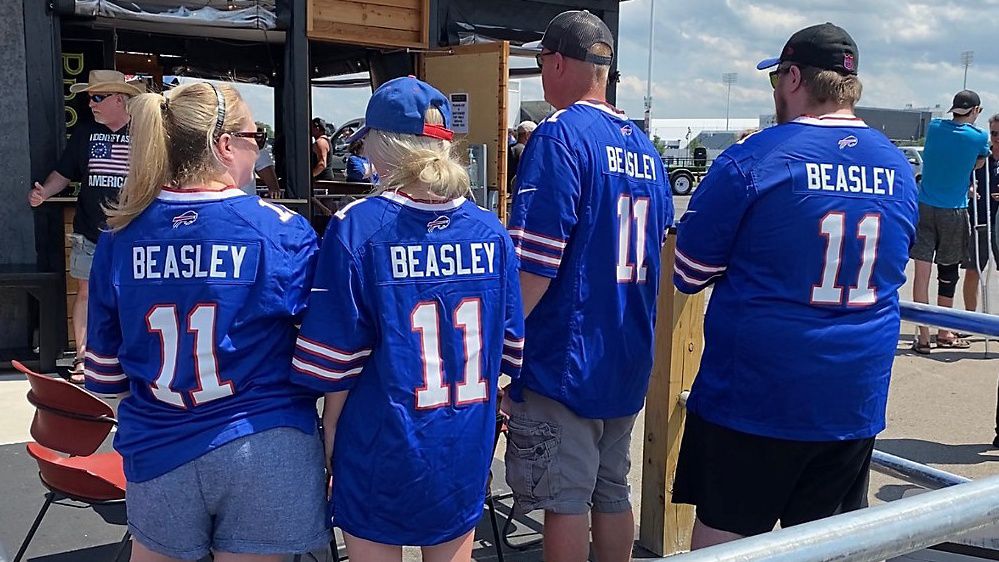 ORCHARD PARK, N.Y. — Several people came out to "Prohibition in Orchard Park" Sunday to support Buffalo Bills wide receiver Cole Beasley, who tweeted a "public service announcement" that he would rather retire from the NFL than be forced into getting the COVID-19 vaccine.

Those in attendence say the rally was about more than football, Beasley, or even getting vaccinated. They argue it is about a direct violation to the constitutional rights of Americans.

“We can make our own decisions concerning our own bodies, what is injected into our own bodies,” said Nancie Orticelli, president of the Constitutional Coalition of New York State. “And the fact that Cole was brave enough to take that stand and say basically what we all as Constitutionalists say, we just wanted to be out here to support him.”

Orticelli organized the rally. She said that Beasley’s supporters aren’t anti-vaccine, they’re pro-medical freedom, and they applaud him for expressing a similar view.

“I know he’s caught a lot of flak from other people, from maybe his teammates, and we wanted to let him know that Buffalo backs Beasley because Beasley backs the Constitution,” she said.

With the Bills’ home, Highmark Stadium, in the background, speakers and attendees expressed their support of Beasley and their displeasure with local, state and national governments’ handling of the pandemic. One speaker was Erie County Comptroller Stefan Mychajliw, who explained that many of the issues surrounding the pandemic have come from politicians who don’t practice what they preach.

“I think it’s incredibly important to make sure that we fight this good fight,” he said. “Not just for Cole Beasley, but to fight these ridiculous COVID restrictions that politicians themselves don’t follow.”