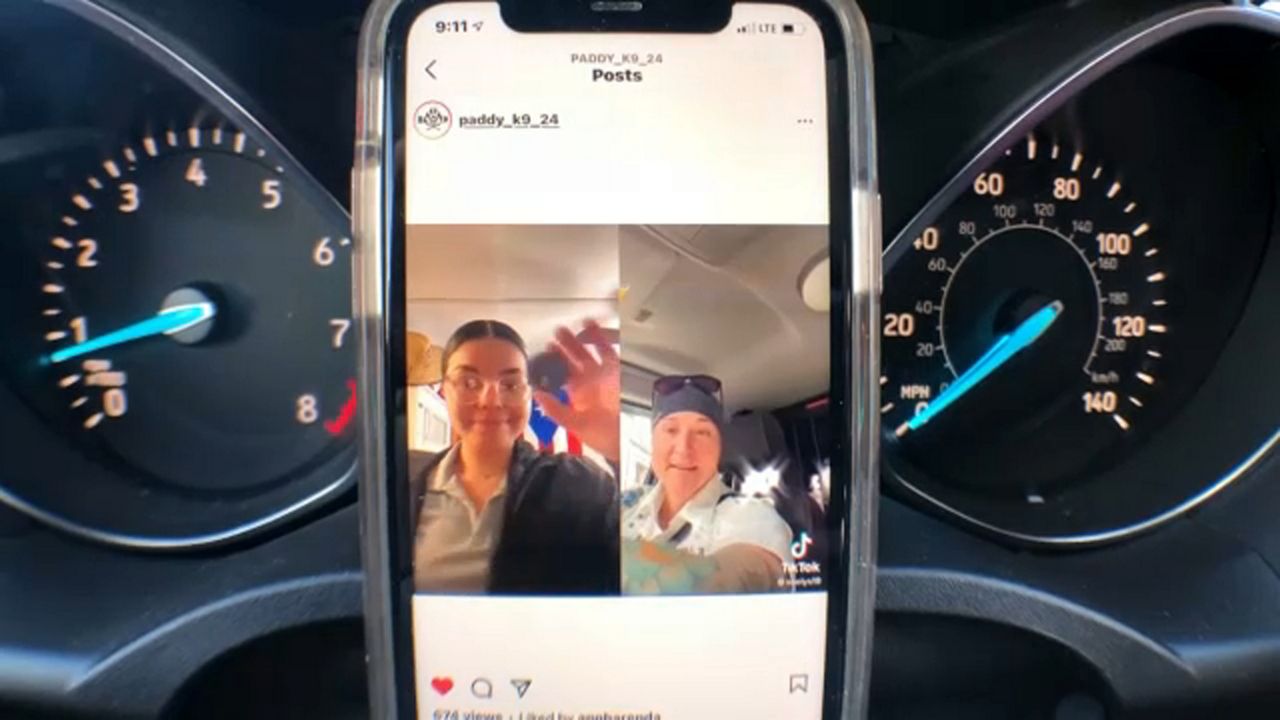 BPD lieutenant serving beyond the badge, helping others

BUFFALO, N.Y. — As a child, we’re taught to not judge a book by its cover. This story is the perfect example of that.

It’s the story of a young woman who grew up in Puerto Rico. It left her terrified of police after seeing how her friends and family were treated. Fast forward more than a decade and a move to the Queen City, she’s now part of Buffalo Police’s Explorer Program and has developed an unlikely relationship with the head of the department’s K-9 Corps.

Meet Lt. Liz Baker and her K-9 Paddy. When they aren’t patrolling Buffalo, they’re either training with the rest of the corps or connecting with people.

It’s an aspect of policing we don’t really see.

“The reason why you heard about mine is because I am always on social media,” Baker said.

And that is exactly where we found this story.

“Ok, so being a cop isn’t all about arresting people,” Baker said in a TikTok video. “It’s about helping people.”

In the driver’s seat of her cruiser, Baker and her K-9 companion anxiously waited to see if Buffalo Police Explorer Soie Rosario, who is seen dueting the TikTok in an Instagram post, got her permit.

“She’s had some difficulty online, with the transition of COVID-19, trying to get her DMV test,” Baker continued in the video.

Their story appropriately started with a car ride.

“I grew up thinking police officers were really bad people, so meeting somebody with my same experience, was kind of amazing,” Rosario smiled.

The 20-year-old is from Puerto Rico. This is her first year in the explorer program. She’s found herself right where she wants to be now and in the future, with the K-9 Corps.

Lt. Baker and the rest of the team are more than happy to lend a paw, or two.

“We are absolutely ecstatic to help, they love knowing we get out there,” Baker said.

Rosario is walking away with two lessons far beyond policing.

“Make sure you keep your confidence in yourself, and never die on the dream,” Rosario said.

And also, there’s more to police beyond the badge.

And, we should probably share the happy ending to that now-viral video…

“Did she pass, we just heard she passed,” Baker said in the video. “We are so excited to be part of this adventure in her life.”

“I was really thankful, that one ride changed my life,” Rosario said.

So here’s the catch, as well as working to get her license so she can get one step closer to becoming a police officer, Soie needs a car. It's been tough for her to get her hands on and hopefully, someone will be able to help.

This story was shot a few weeks ago and since then, Buffalo Police Officer Jonathan Negron was critically injured on duty. Officials say he is still in critical but stable condition at ECMC.

Lt. Baker and the entire K-9 Unit say they're wishing Officer Negron a quick recovery and are thinking of him and his family.