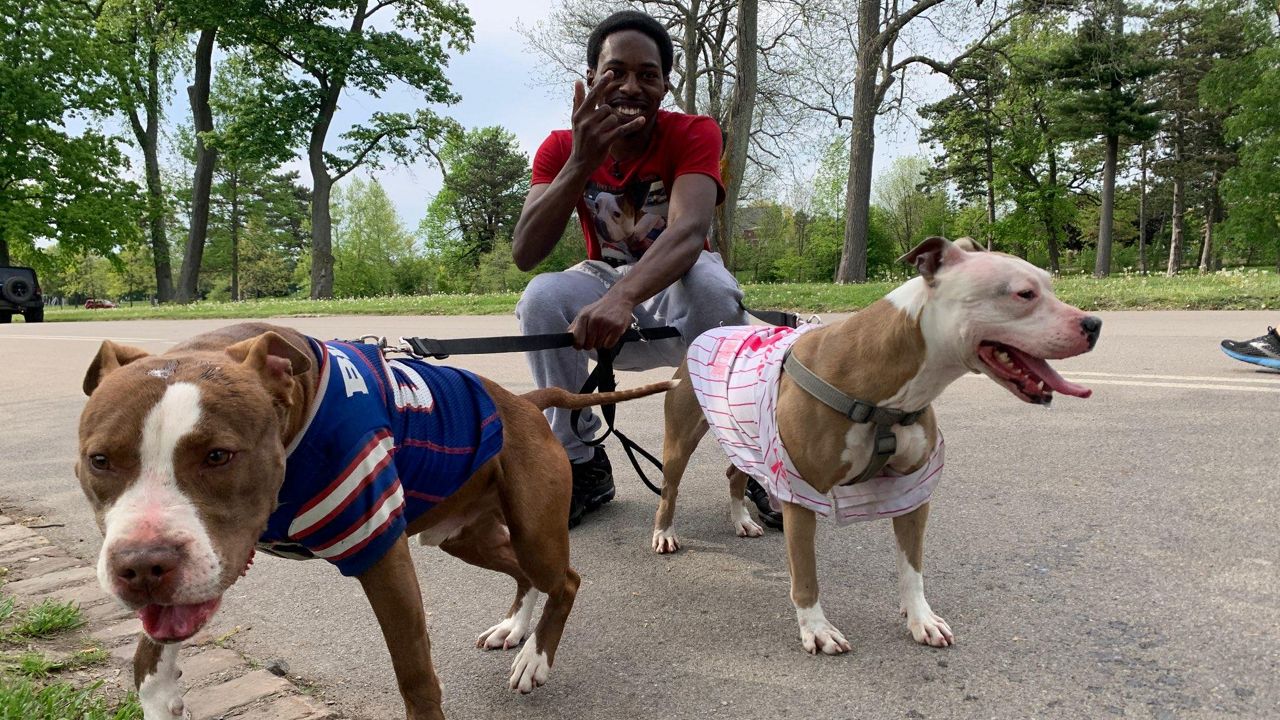 Brandon Johnson, known as The Real Hood Santa on social media, has two dogs, Chris and Maxine. They have a lot of energy and Johnson said he needed a way to help let them run it out while remaining leashed. His idea: ride a skateboard while they pull him.

The dogs’ tails wag when he pulls his skateboard out of the trunk of his car at Delaware Park. He has them trained to understand commands like "with me" and "walk," helping to control their speed.

He brings a selfie stick and water on their "walks" and soon after posting to social media, he went viral.

"My friend recently, he was like, 'Brandon you will never change. You will be the one to go viral and be in church the next day. And that’s exactly what happened," said Johnson.

Growing up in the church and participating in performances, he is no stranger to the public eye, and as he turns heads and people smile, he said he is doing what he hoped to do: bring joy to others.

His social media pages link people to the Boys and Girls Club of America, a non-profit he grew up with and one that continues to mean a lot to him. Last winter, he rode around the city dressed as Santa carrying hats and gloves for people in need.

"I was also thinking about starting my own non-profit organization because after doing what I did on Christmas, a lot of people was interested and wanted to be a part of it," said Johnson.

He also said he checks his dogs’ paws daily, only rides a couple times a week, and gives them plenty of water when he can get them to sit still.