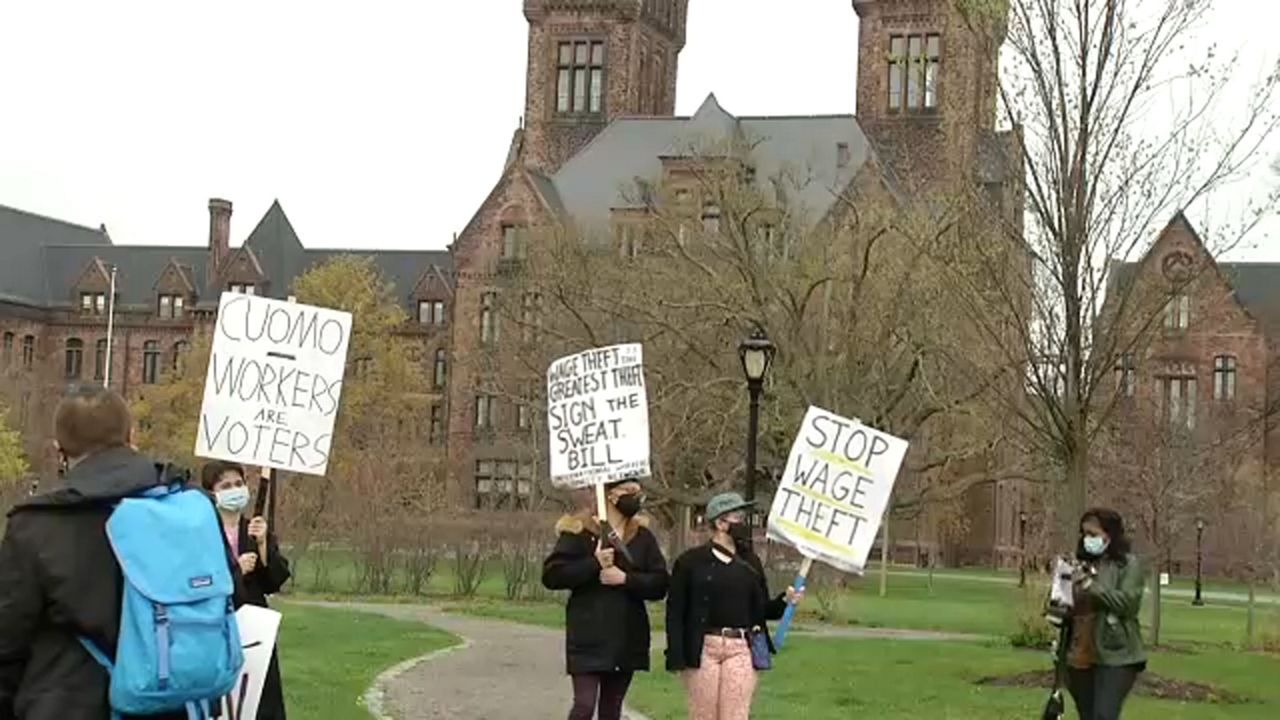 The SWEAT Coalition in Western New York is calling on Governor Cuomo and legislators to support the Sweat Bill.

One of the speakers at Tuesday’s rally worked at the now-closed Hotel Henry.

The owners of the site are facing allegations of more than $800,000 in unpaid wages and gratuities stolen from the workers by hotel managers.

This includes tips being distributed unevenly and workers being asked to do work before and after clocking out.

"We really want the SWEAT Bill enacted because what that is going to allow is to freeze the owner’s assets, so it gives us a fighting opportunity in order to collect those wages because unfortunately we're experiencing this in real time," said Gabriel Burgos Nieves, former Hotel Henry event manager.

The governor vetoed the bill in January 2020.

The bill is now in committee.

Democrats hold supermajorities in both chambers, giving them the ability to override that veto.