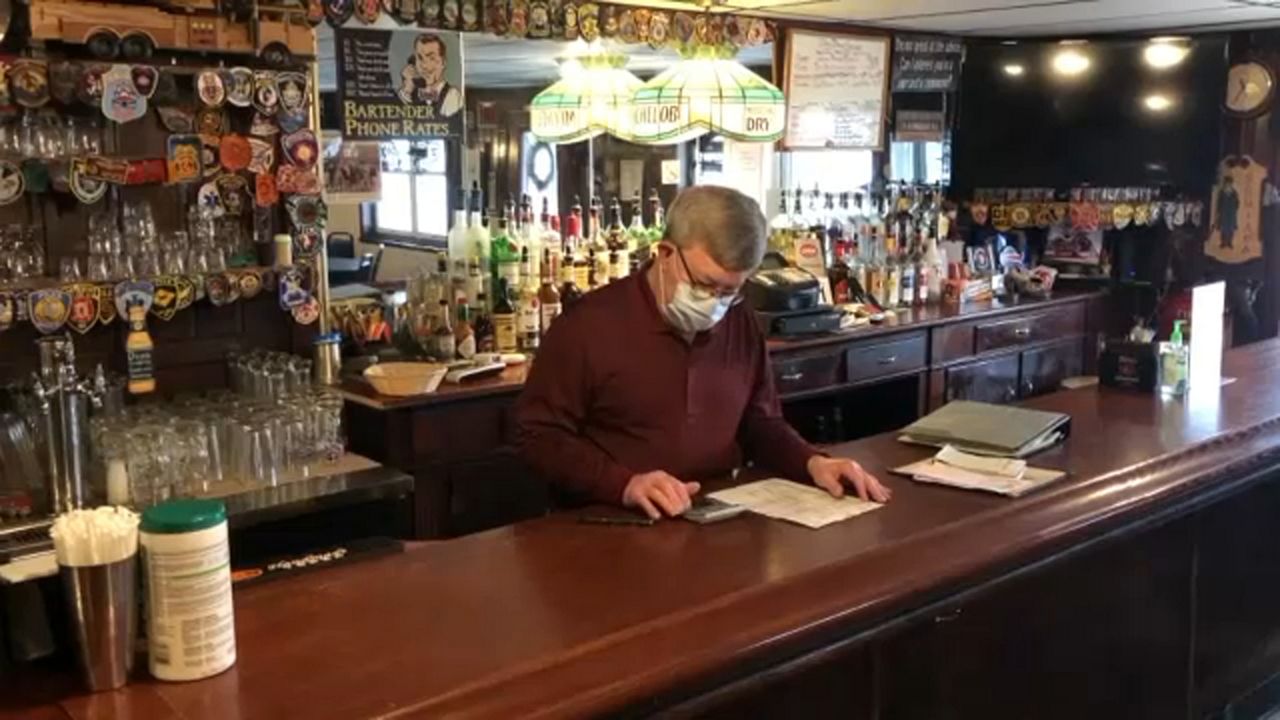 Tonawanda Tavern Gets Boost from Barstool

Rick Neuhaus seems to know just about everyone in town.

"Judy, how are ya?" he asked as he answered the phone behind the bar inside his quaint tavern in the city of Tonawanda.

That's what happens when you own the same place for 25 years.

"It's a very, very local restuarant," Neuhaus said. "A lot of people call it the 'Cheers' of Tonawanda."

If everybody knows your name at Squire's Tap Room, they also know about the famous fish fry the restaurant cranks out when business is cooking.

That demand for takeout helped carry the restaurant through the first part of COVID-19 pandemic closures last spring. But with another round of takeout-only restrictions from New York State closing the dining room again, balancing the books becomes harder and harder -- with business down about half from this time a year ago.

"I'm kind of afraid to do the final quarter, because I'm afraid it's not going to be very pretty," he said.

Rick's son Erich, 34, basically grew up working in the restaurant, and has seen the stress his father's been feeling lately. At 65 years old and after doing things the right way, his dad deserves a break.

"I'd drive by and there's no one in the parking lot,' Erich said. "That hurt me driving by because I knew that nothing was going on."

A friend told Erich about a fund that well-known sports and pop culture blog Barstool Sports created to help small businesses across the country.  It's raised more than $16 million.

So he decided to apply and shared their story.

This year was supposed to be fun," Erich said in a video later shared by Barstool Sports. "This was our 25th anniversary. The Bills are finally good, and we can't even celebrate the Bills winning an AFC East title right?"

Barstool got the message and founder Dave Portnoy suprised Rick with a video call prior to the Bills' Monday Night Football game against New England. Barstool has already sent Neuhaus $7,000 to help cover expenses, and more in the months to come if they need it.

"We're looking for places that just were running really strong businesses before the pandemic so we want to get you involved in the fund and be there for you," Portnoy said.

The money is a big boost to Squire's at a time they could use a hand.

"It's great that other people step up and are doing this not only for her bug for everywhere, and Barstool especially -- they've really stepped up," Rick said.

Barstool is also selling shirts that say "Billt Different" with all  proeeds going toward the relief fund. Squire's will add a patch with the restuarant's logo for anyone who buys one and brings it to the tavern.

And as you might expect the recent publicity has kicked up business this week.

"Now it's our turn to step up to the plate and show them why we've been in businesses for 25 years, Erich said. This is why our reputation is how it is."

And that's why the phone just keeps on ringing with customers.