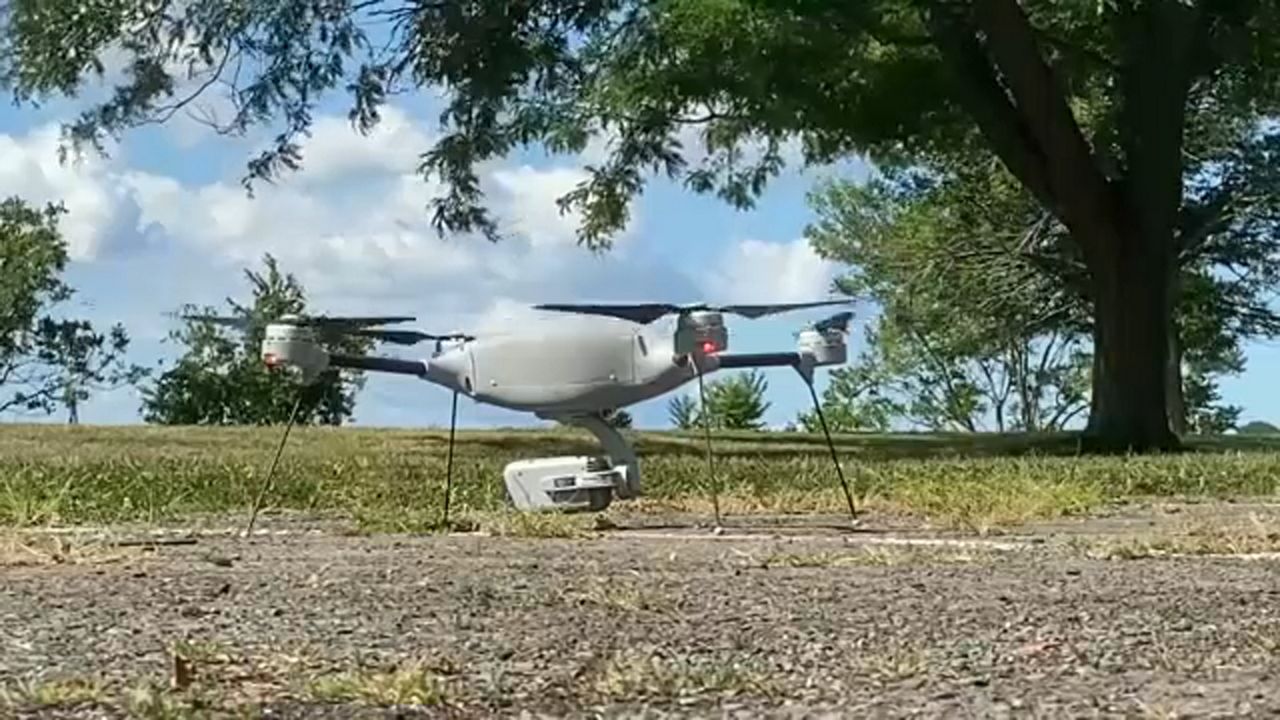 U.S. Customs and Border Patrol Taking to the Skies With New Drone

The Canada-U.S. Border is closed for non-essential travel, but that doesn’t mean that U.S. Border Patrol has it easy.

Agents are still observing and surveying between ports of entry; now from a bird's-eye view.

“We had to get our part 107 FAA License," said Manny Steenbakker, a U.S. Border Patrol special operations supervisory agent.

Some may call it a drone. Others, like U.S. Border supervisory agents, call it an SUA: small unmanned aerial system.

“When I first got in, we were using pink IR cameras so they’d mount them on the back of pickup trucks and that’s what we were using," he remembered.

Now Steenbakker has control of cameras in the palm of his hand.

The SUAs are part of a new national program.

"You can see a map where it’s at, where it’s heading, and you can see the camera from here as well," he explained.

From the sky, footage also downloads to a computer on the ground.

“They are a huge asset. You can see our seizures and arrests along the southwest border," said Special Operations Supervisor Russell Eiser.

It’s something especially important now, as drug seizures at the northern border have skyrocketed during the pandemic — including CBP’s largest marijuana bust ever here just a few weeks ago.

"So now we can fly drones over and keep an eye on boats coming across. If we have intel or something like that, we can see that area and monitor that area," said Eiser.

These drones and other small aircraft don’t just help these agents on land — but also on the water.

"Recently our team up in Wesley Island did a training up with the Coast Guard. They put a mannequin in the water, deployed a drone, maintained visual of the body, and guided our rescue teams in. It’s a huge asset for search and rescue," he said.

The drone can operate day or night, weather permitting.

All operators have to be FAA certified.

"Once you pass the test, then we will send you to training for different platforms. So like this one, we are using a river environment. In the fix wing is used in the Great Lakes," explained Steenbakker.

So if you see something in the sky, it’s not Superman, but more possibly CBP.