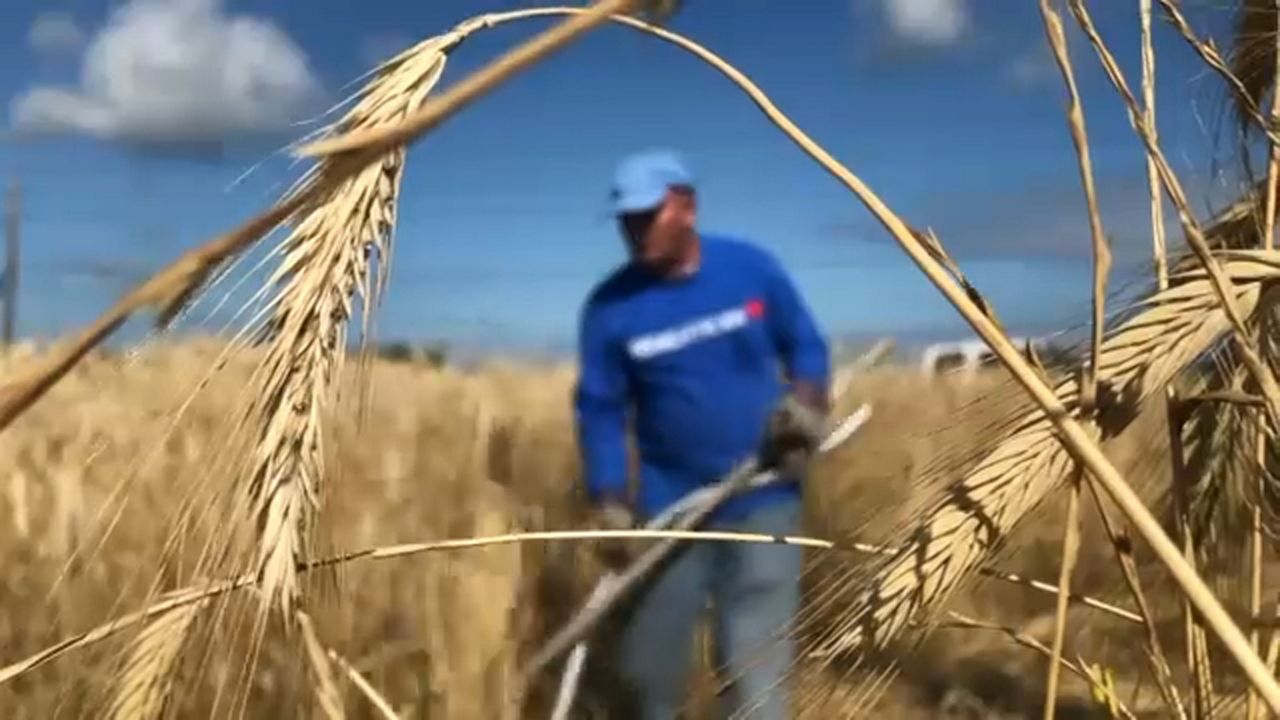 You may only see a field of rye, but Marty Walters sees an opportunity to keep you safe.

"Even a quarter is about a half ton of straw," Walters, owner of Real Straw said.

If you frequent East Aurora, you’ve probably sipped out of one of his wheat straws.

But what once was a booming business isn’t growing so much anymore.

"Restaurants aren’t buying anything right now," he said. "They have stuff they haven’t used since January or February."

While there’s a lack in demand, there is no shortage in supply. So, Walters is getting creative.

"Personal protective equipment straws, right," he smiled. "Everyone is talking about washing your hands, and handling money is dirty well now, you have this. You take it out of your cup holder, your purse, whatever. And, it’s completely disposable. It’s just a stick."

Just a stick Walters says, will keep you safe.

"You get more and more people going through the drive-thru, and no matter if its paper, plastic, or a stir stick, you don’t know where that person handled it," he said. "You’ll be sipping out of this in five months."

Walters says it is giving him time to be ready for that next wave of customers.