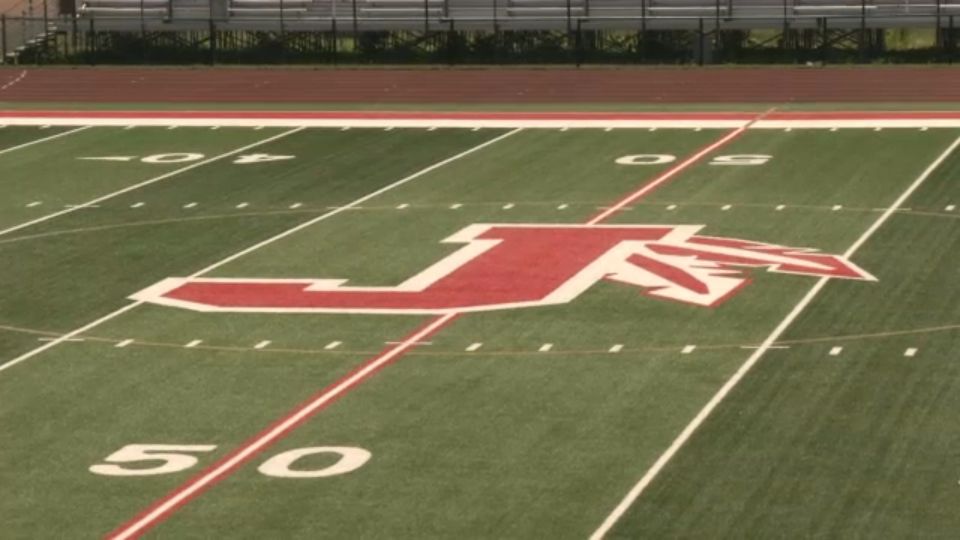 Jamestown Justice Coalition Coordinator Justin Hubbard is one of hundreds calling on Jamestown Public Schools to remove the "Red Raiders" name, as well as its association with the fan's tomahawk chop chant, and J-logo with feathers coming out of it.

"When you start to associate red with Native Americans, it is an offensive term," said Hubbard.

He says the coalition has started an online petition, as well as created a task force that includes the Seneca Nation of Indians as part of the community conversation.

"We all need to recognize that this does not affect us personally, like it does the Native American community, especially the Seneca community. And we need to address directly the harm that we have caused to those people," said Hubbard.

Melissa Paterniti, a 1993 graduate of JHS and former athlete, started a petition to keep the Red Raider name the same.

"The pride that I have as a Red Raider. And many people. Red Raider is instilled in people in Jamestown," said Paterniti.

She says she is OK though with changing the logo to the plain J, which the district uses as well.

"You know everybody says, ‘once a Raider, always a Raider.’ And I feel that. Courage and pride. I mean Jamestown High School's large. You know, it's a very large school, and I think that it means home," said  Paterniti.

"There are many different opinions, and many different thoughts. And we're here to listen to all of them and make a decision as to how to move forward in the best interest of everyone," said Dr. Whitaker.

The group is charged with examining the imagery, the name, and fan chants. It also looks to gather input from the Seneca Nation.

"Bringing in those voices that are currently not on the committee, having the discussions about what their feedback is and what their opinions are. And then, we'll move forward through those phases," said Dr. Whitaker.

Dr. Whitaker has spoken to Paterniti, who has also sat down with Hubbard.

The coalition is set to meet with the superintendent on Thursday.