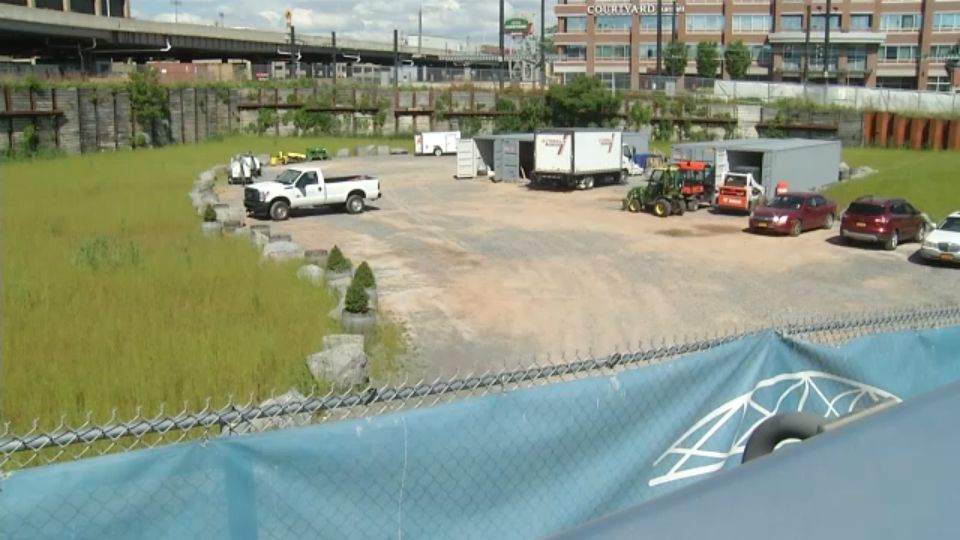 What Should Come to the North Aud Block?

Development of Canalside's North Aud Block is now in the planning and design stage.

The Erie Canal Harbor Development Corporation said what eventually is built there will be up the public.

During a public meeting Tuesday, the ECHDC opened the door for the community to provide suggestiosn on what should fill the space.

"If you gonna put something downtown, why not a super youth center, right here, for all the kids," said Wade Broadwater.

#NOW The planning and design stage has begun for the North Aud block at Canalside. An open house is being held by ECHDC to seek feedback from stakeholders & the public on street and parking designs. @SPECNewsBuffalo pic.twitter.com/BSXKq14F8F

The ECHDC wants to make sure that whatever is place at the two-acre site will compliment living, working and playing at Canalside.

Lisa Florczak owns Water Bikes of Buffalo at Canalside and said her customers have been vocal about what is lacking at Canalside for the last seven years.

WHAT IS YOUR VISION? Tweet your ideas for how you would like to see @ErieCanalHarbor develop the North Aud Block. @SPECNewsBuffalo pic.twitter.com/2a15fRRcBF

"I act sometimes as Canalside information because people want to know where is Shark Girl, where is the river, where is whatever their looking for," she said.

The Erie County Development Corporation plans to have a concept and plan together for the North Aud by the end of summer or early fall.

From there a final design will be chosen to be built.