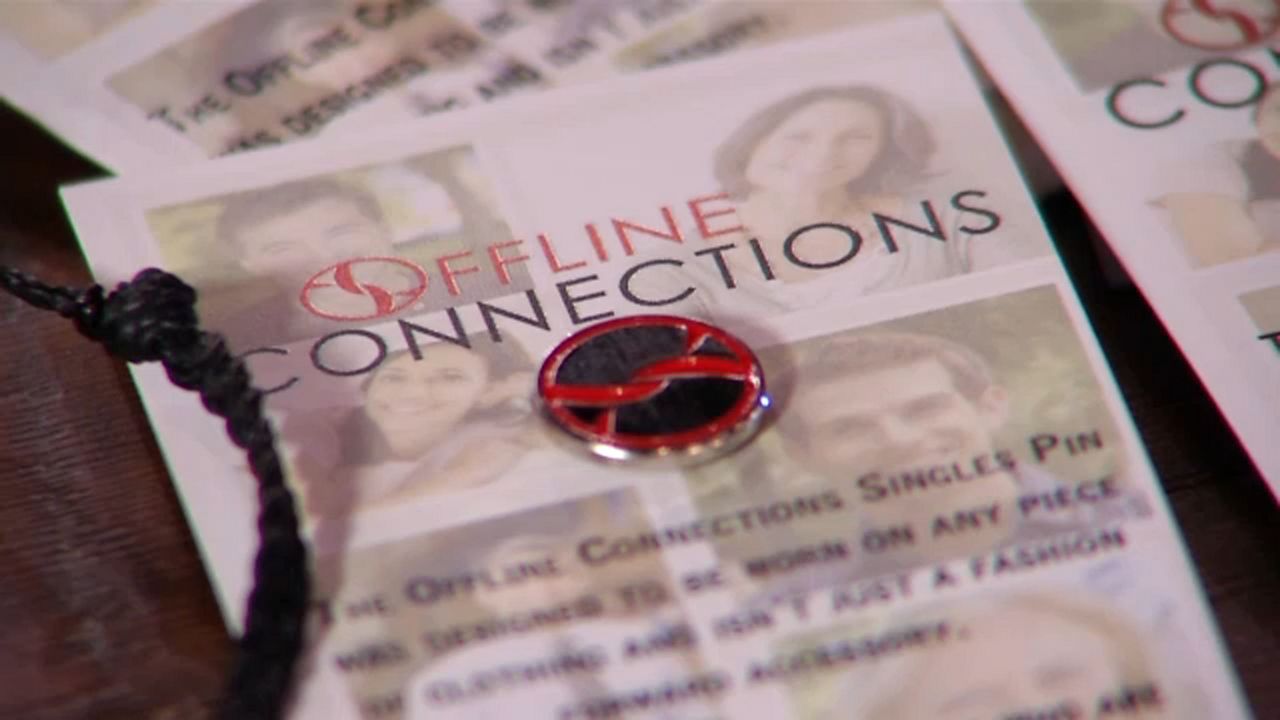 People have no problem catching up over coffee on a rainy day, or holding a business meeting over tea. But, when it comes to dating, we struggle.

"We aren't communicating at all," Offline Connections Founder Rita Weaver said. "I hear it all the time from men, 'Women don't approach me.' And I hear it from women."

Weaver got divorced four years ago. During a trip to the mall, she exchanged smiles and glances with a stranger.

"Then the next morning, I was thinking about it again. Why didn't he approach me? Why didn't I approach him?" Weaver thought.

Then she got an idea.

"Married people wear a wedding ring," Weaver said. "He didn't have one on. I don't have one, so why don't we have something that shows we are single?"

Offline Connections was then created.

"It's a communication starter, and that's the concept of it," Weaver said.

Rita explains what she has created: pic.twitter.com/bHwFpbAmXv

By wearing a pin or bracelet, Weaver has singles all over Western New York having face-to-face conversations, instead of exchanging emails or messages on dating apps.

"With this, you know there is chemistry, you have that feeling right away," Weaver said.

You also don't have to worry about showing up to a date with someone other than the person pictured online. Weaver says besides helping people find Mr. or Ms. Right, she hopes to break the stigma surrounding loneliness and recognizing it.

"Facebook friends don't count," Weaver said. "When you are on the computer, you aren't getting that interaction. We aren't talking face-to-face and that's what we are missing today."

She says people have to go beyond the "likes" and start actually spreading smiles in person.

Who knows, maybe you'll find a forever coffee date along the way.