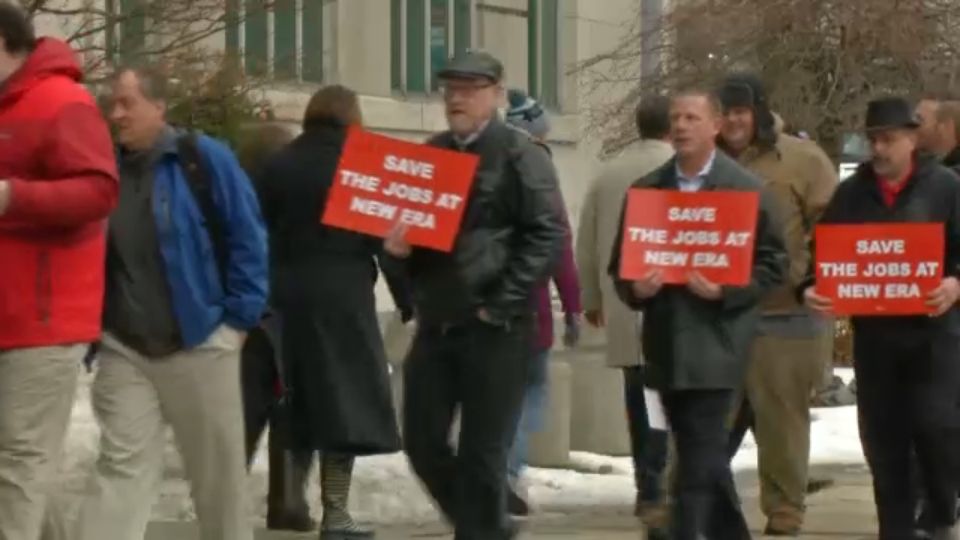 Dozens of union members rallied outside New Era’s headquarters on Delaware Avenue in Buffalo, protesting the closing of the company's production plant in Derby.

The company's decision to end production next month will leave nearly 200 workers without a job.

Organizers say that will have a devastating effect on the small community, so they will continue to protest till the very end.

The protests will continue throughout this month, with another rally scheduled for next Tuesday.