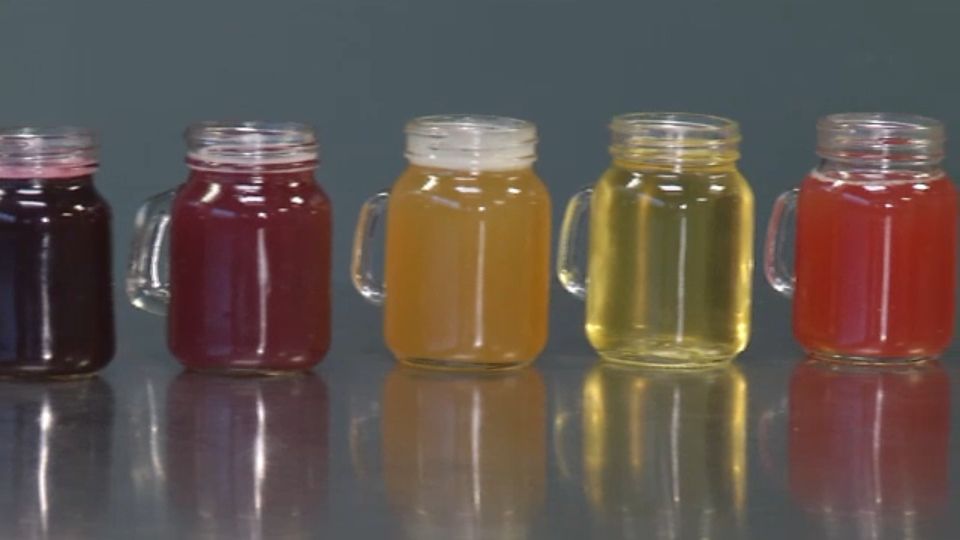 The kombucha craze has hit Western New York, with a variety on store shelves to try, and many varieties made right here.

The low-sugar, lightly carbonated drink has tons of health benefits, but it all starts with tea.

"It starts with brewing a batch of sweet tea, and we brew a strong batch of sweet tea,” said Heather Lucas, co-owner of Bootleg Bucha on Niagara Street. “That's where we add the sugar and then we put it into a fermentation tank and that's when the fermentation process begins. You put a scoby on top which kind of kick starts it and then it will sit anywhere from two to three weeks as it ferments.”

The amount of sugar in the beverage decreases as it ferments, resulting in a slightly sour, slightly salty, slightly sweet beverage with less sugar than pop.

The scoby added early in the process is a live culture that starts the fermentation process, and adds many of the health benefits to the drink.

This month, @Bootlegbucha will have produced more than 60,000 bottles of #kombucha right here in #Buffalo! Bottles are sold at their tasting room on Niagara Street in addition to @TopsMarkets, @Wegmans and other stores @SPECNewsBuffalo #YMB pic.twitter.com/MVyF3v2gAg

Once the kombucha is brewed to the right taste, it's flavored and bottled. Just this month, Bootleg Bucha will produce more than 60,000 bottles that will be distributed to local and regional grocery stores.

Curious about the beverage? Bootleg Bucha allows customers to sample flavors before making a purchase.

"People who never have had kombucha before tend to be a little weary, it's an acquired taste,” Lucas said. “It's a little more sour than pop, so to be able to come here and sample all the flavors, I think it's opened a lot of people up to kombucha."

At @Bootlegbucha’s tasting room you can try seasonal flavors on tap in addition to their bottled flavors. A great way for anyone that hasn’t tried #kombucha to see what they like @SPECNewsBuffalo #YMB pic.twitter.com/gpsXHDMWmi