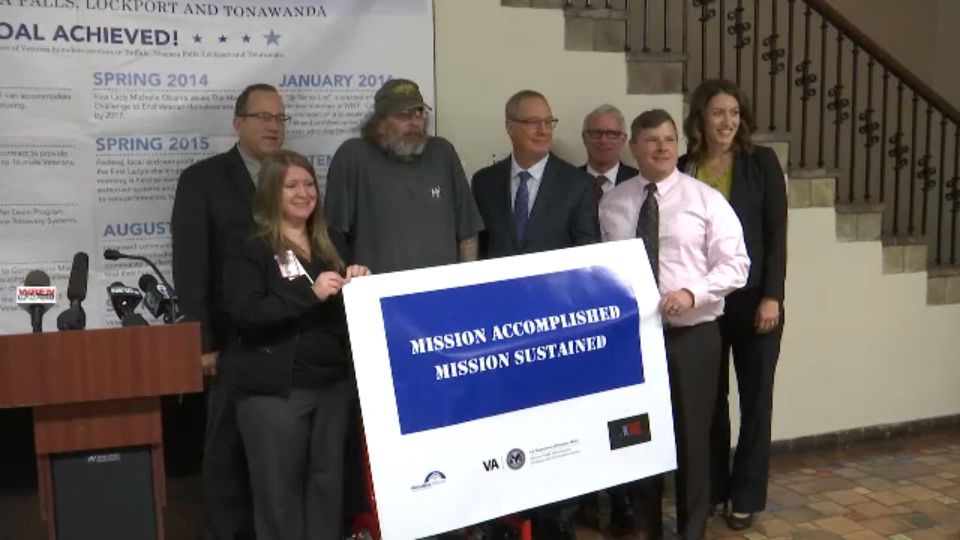 After serving four years in the Navy from 1984 to 1988, Robert Lebrasseur spent 22 years driving tractors trailers until a back and hip injury forced him to stop. From there he says things went downhill.

"I stopped driving in 2014 and then I couldn't really do a whole lot and I just reached a breaking point and I decided to — I tried to end it. I slit my wrist with a knife," said Lebrasseur.

Luckily, Lebrasseur ended up at the VA Hospital.

"After I hooked up with here they've helped me out so much, they keep me off the street and they got me into stable housing," he said.

Lebrasseur's just one of the hundreds of veterans who were given a home and a second chance thanks to the Homeless Alliance of Western New York, Veterans One-Stop Center, and the VA Healthcare for Homeless Veterans Program.

"As a community we've done a really great job of working together to address the need for homeless veterans and their families," said Kristen Weese, program manager for the VA Healthcare for Homeless Veterans Program.

"We received the designation from Washington in 2016 that we effectively ended veteran homelessness, but we didn't close the shop. At that point we still had about 90 veterans that were homeless. Now we have about 50 veterans that are homeless. That's still too many — one homeless veteran is too many. But we're working with the community every single day to address this issue and to get that number down to zero," said Weese.

It's been three years since Lebrasseur walked into the VA and he says he's getting the support he needs. He also has a message for any veteran who might be going through the same thing he was going through.

"The way I look at it, there's no reason why a veteran should be homeless. There's no reason. There's help. There are places for vets to live. They just gotta reach out, make that phone call. I did," said Lebrasseur.

For information on veterans services, call 211.