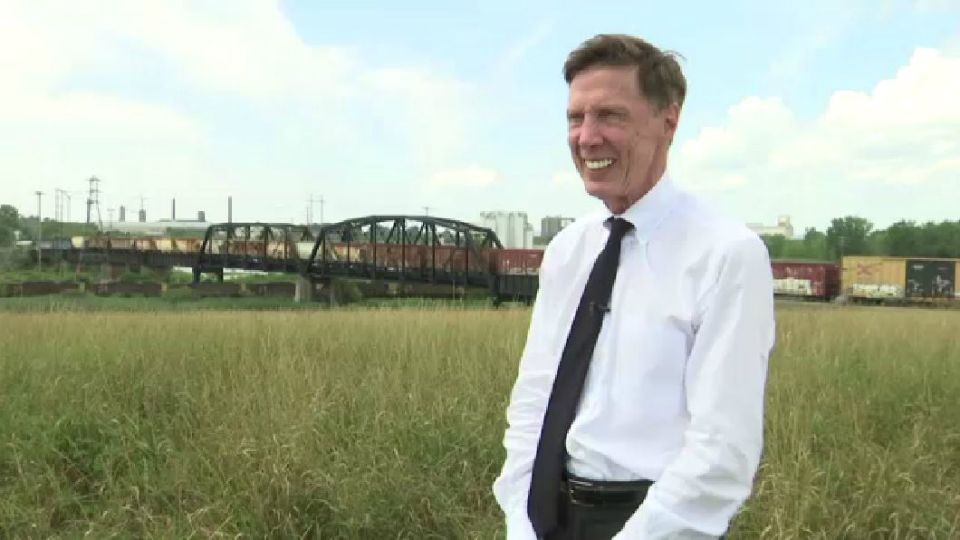 BUFFALO, N.Y. — Right now, it's a fenced-in field in South Buffalo.  Filled with tall grass and wildflowers, it was once owned by Republic Steel.

But to local attorney and civic activist Kevin Gaughan, it's part of a dream years in the making.

The land overlooks downtown, the city's industrial past and Lake Erie.  Gaughan purchased the 107-acre property next to South Park for $650,000.  His proposal is to move the South Park golf course here, and have golf legend Jack Nicklaus design it.

Imagine a round of golf on a course designed by Jack Nicklaus with this view of #Buffalo. That’s the dream of Kevin Gaughan, whose company purchased this piece of land in the city as part of his proposal to renovate the Olmsted Parks. @SPECNewsBuffalo pic.twitter.com/xUKXEs3f4z

“Jack is going to design this course so it takes less time to play, has less effect on the environment and most important is going to be affordable," he said.

It's part of a larger idea to make changes to a pair of Buffalo's Olmsted Parks.  Moving the golf course at South Park would allow it to be restored more closely to Frederick Law Olmsted's original vision with an arboretum, or tree collection.That's long been a goal of the Parks Conservancy, which operates them.

The proposal also includes an educational center to train young people for jobs relating to the environment.

“To be able to make this a public place and make it as Jack likes to say 'the best on the planet’ is going to be exciting for Western New York,” he said.

Gaughan said the budget for this project is more $42 million, but funding will come completely through private donors at no cost to taxpayers. So far, he says he's raised about $4 million.

He also has the task of gaining support from the Olmsted Parks Conservancy and the City of Buffalo, which owns the parks.

In a statement, the city officially opposes removing the South Park course, saying there has not been sufficient discussion with the community or park patrons to make the decision.

The Conservancy says in-depth studies and more details are needed to see if the plan is feasible.

If his plan is approved, Gaughan said it would take about two years to complete once work begins.

The full statement from the Buffalo Olmstead Parks Conservancy:

“The Conservancy is the governing nonprofit with a stewardship mission and contractual responsibility for operating and maintaining Buffalo’s historic Olmsted Park System.  Our master plan restoration of the Arboretum is active with or without the golf course, and a full restoration could benefit from this golf venture,” stated Stephanie Crockatt, Executive Director of the Buffalo Olmsted Parks Conservancy. “A brownfield reclamation for public use and recreation of this potential caliber, if properly executed, is good progress for all of Buffalo, and we wish the best for its success.  However, in our aim to find common ground, there remains no golf market feasibility, no economic or community impact analysis, no financial sustainability pro forma, no plan details.”

The City of Buffalo opposes the removal of the South Park Golf Course.

The golf course is a public asset that has been enjoyed by Buffalo residents for over 100 years. There has not been a sufficient discussion with the local community or park patron regarding the decision to eliminate golf from the park.

Also, golf in South Park produces over $175,000 in annual revenue to the Buffalo Olmstead Parks Conservancy that is used to maintain the park. Removing the course from the park would have a detrimental effect on parks operation.

Please let me know if you require additional information.