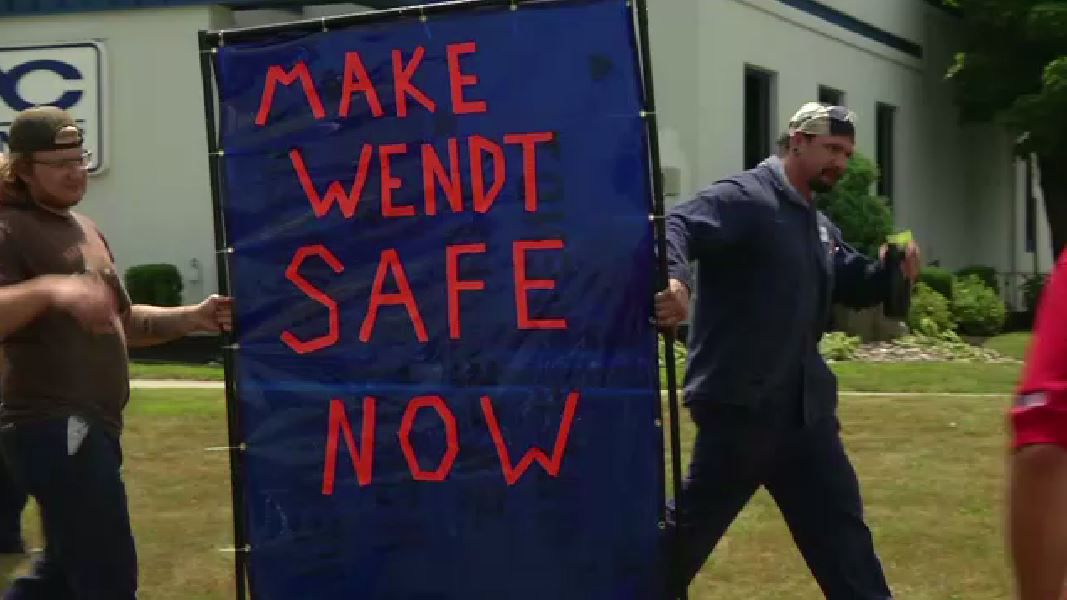 Workers at a Buffalo manufacturing facility on Walden Avenue called for safer workplace conditions at a lunchtime rally Thursday.

Employees at Wendt Corporation want to see things like welding screens and a better ventilation system.

A report released by the Western New York Council on Occupational Safety and Health shows that 32 incidents were recorded at the facility between 2013 and 2017.

Poor ergonomic conditions were to blame for 14 incidents; another 12 were injuries that the report says could have been prevented by the use of personal protective equipment. The remaining six incidents were categorized as "other."

“A lack of respect and value for the people that work for them. Respecting ones safety rights is respecting workers’ rights. They go hand-in-hand,” said James Wahner, Iron Workers International Community Organizer.

In a statement, Wendt Corporation is standing firm that its current level of safety compliance is up to OSHA standards. The company goes on to say that continuous improvement must be a fundamental principle of any company's safety program.