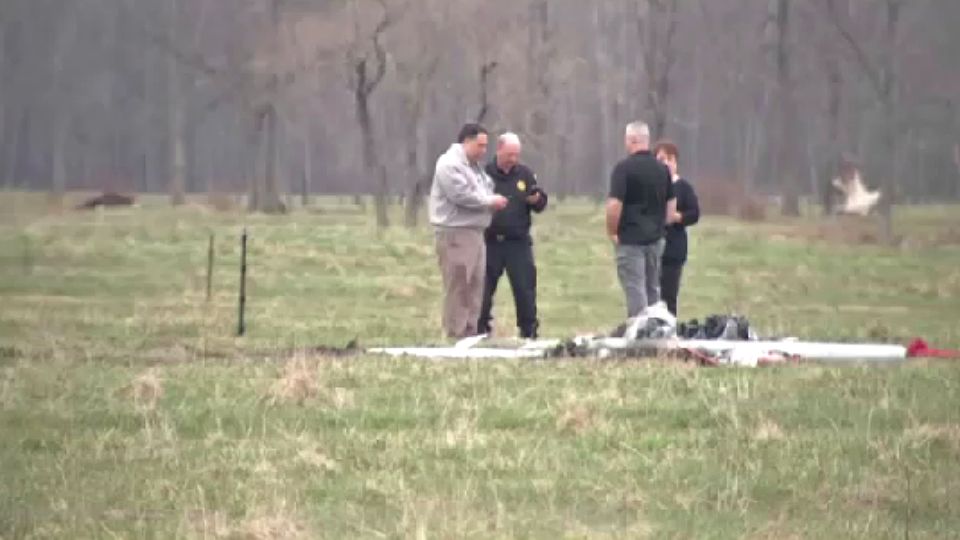 Tuesday afternoon, he pulled over near Gaines Valley Aviation and watched a man do maneuvers in a mosquito kit helicopter before something went wrong.

"He took off, and went over the wires, got probably 2 to 3 times as high as a telephone pole and crossed the street. Just as he was crossing the street, there was a pop and something fell off his aircraft, just about the size of a softball. And at the same time, his engine started making a grinding noise and shortly after that, a couple seconds later, he just went straight down," Bennett said.

Bennett called 911, went through a fence, and made his way to the pilot. Orleans County Sheriff Randy Bower says it's a good thing he did.

"The back of his shirt was on fire, so he rolled him, cut the shirt off of him and quite frankly may have saved his life today," Bower said.

"The way it hit, it went right into flames and into smoke. I thought surely someone had perished in that, but by the grace of God he survived," Bennett said.

Bennett says the pilot was amazingly composed. He pulled out a pocketknife and asked Bennett to use it to cut off his shirt.

Sheriff Bower says the man, identified Wednesday as Alan Heard, 64, of Waterport, was transported to a nearby hospital with burns and some back pain, but was alert when he was taken away.

As for Bennett's actions, he deflects the praise.

"The Lord had me come by just at that time. To God be the glory. I mean all I did is what somebody else would have done," Bennett said.

Bennett says he and the pilot have exchanged phone numbers, and he looks forward to getting together with him under better circumstances soon.

The FAA says it is investigating the crash.