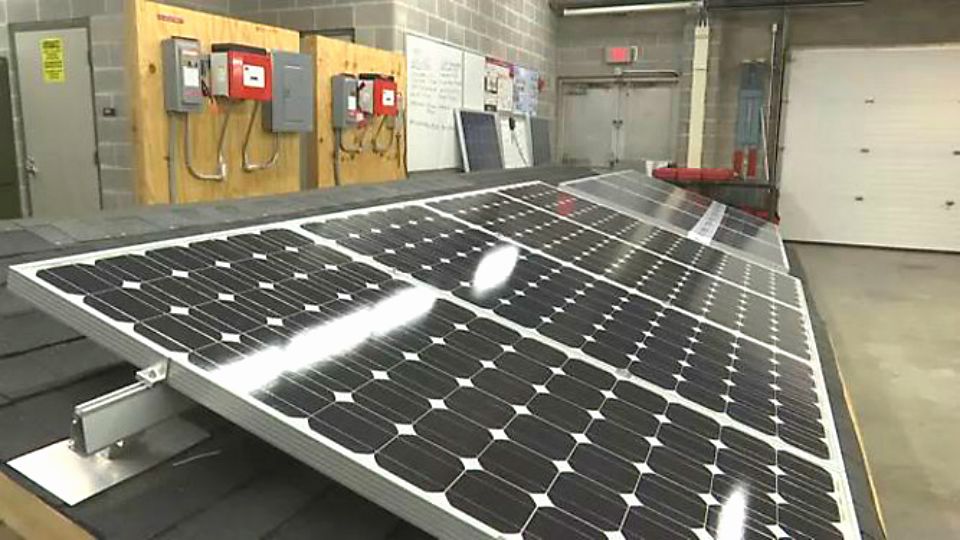 BUFFALO, N.Y. — Buffalo Public Schools are harnessing solar power for some of the district's electricity demands, as the state continues to push for greater use of renewable resources.

Lt. Gov. Kathy Hochul was at McKinley High School Monday to announce the state has increased solar power by 1000 percent since 2011.

Under Gov. Andrew Cuomo, New York has invested $1 billion in the effort to have 50 percent of its energy come from renewable sources by 2030.

BPS officials have partnered with Montante Solar to install solar panels at 19 schools, which will make up about 20 percent of their power needs with zero up-front costs to the district.

"We now have a certainty of the price of power of electricity for the next 20 years. So what we pay today, we will be paying the same amount in 20 years," said Paul McDonnell, BPS director of facilities.

The school district will pay Montante for the power generated, but the company installs, operates and maintains the solar panels for 20 years.

Students in the electrical technology program are also gaining hands-on knowledge about the installation process.