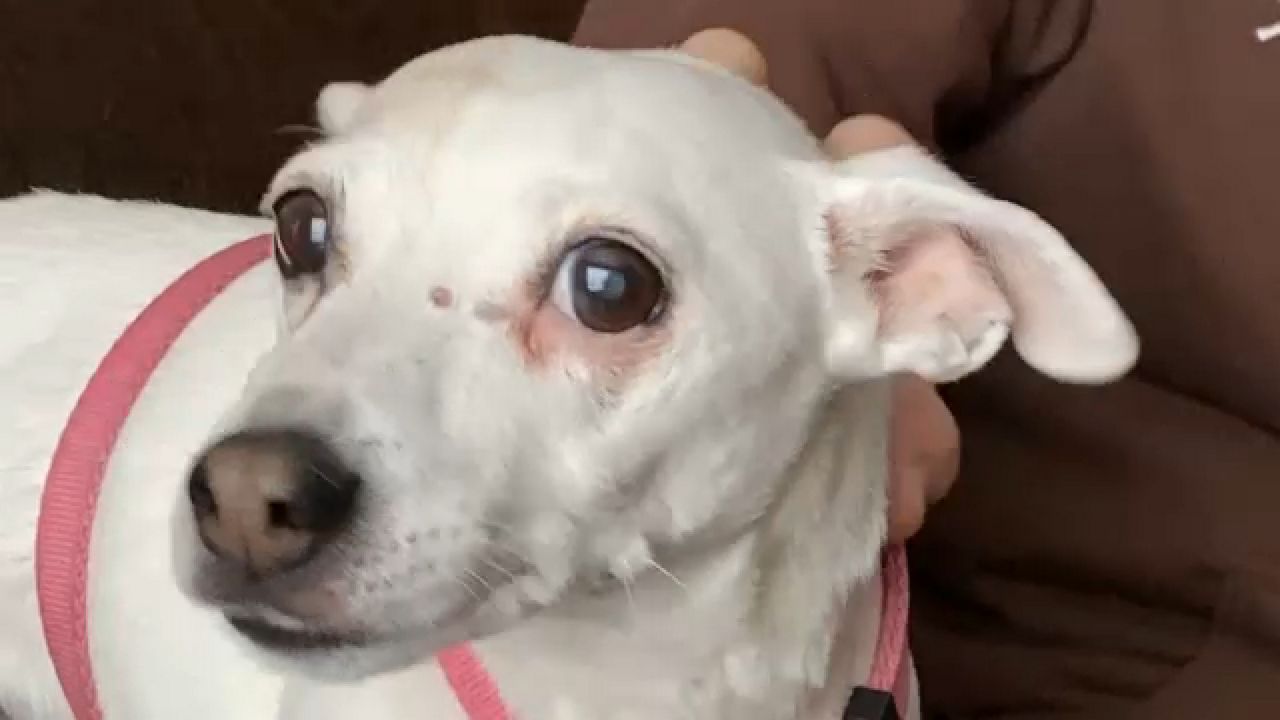 A local woman is trying to find those senior dogs forever homes with senior people. It's a match designed to enrich the lives of the pet and pet owner.

Robert Dentan, an 85-year-old who lives in Buffalo, is a widower, with three adopted adult children who live far away and has lost many of his friends.

"Wonderful dog, loving," said Dentan. "Perfect dog for me. If you came to the front door, illicitly, he would bark."

Dentan contacted Polla Milligan who started White Whiskers Senior Dog Sanctuary in Buffalo in 2019, where she provides older people with pictures of older dogs from various shelters, as part of her Seniors For Seniors program.

She says there are many older dogs in shelters all across the state because their owners have either died or gone into nursing homes.

"They seldom get adopted out of shelters," said Milligan. "People want puppies and young dogs."

Milligan, who works from home, recently purchased an 1830s farmhouse on a little more than five acres of land in Wheatfield. She plans to build a sanctuary there and is looking to fundraise $250,000 to do that.

She says her goal is to invite groups of older adults to spend time with older dogs and perhaps even foster future adoptions.

"Make people feel, there's a purpose," Milligan said. "Get people feeling something loves them, someone loves them, and that they have someone to care for."

Like Robert and Dreyfus, who Milligan recently went to visit, where she got to see firsthand how important man and man's best friend are to each other.

"For company, for laughs, for entertainment," she said. "They're very comforting, incredibly therapeutic. They love you, they want to be with you, they don't care what your hair looks like. The presence of a dog makes everything on the planet better."

Dentan encourages other seniors looking for an older dog to contact Milligan as well.

"She understands why people like dogs and what kind of dogs you want," Dentan said.

Milligan hopes to have the sanctuary built by late fall.

White Whiskers has already placed more than a hundred dogs with senior citizens through the program. In addition to various fundraisers, the non-profit will seek grants and kick off a capital campaign to raise the money needed for the new sanctuary.

For more information on the White Whiskers Sanctuary, click here.