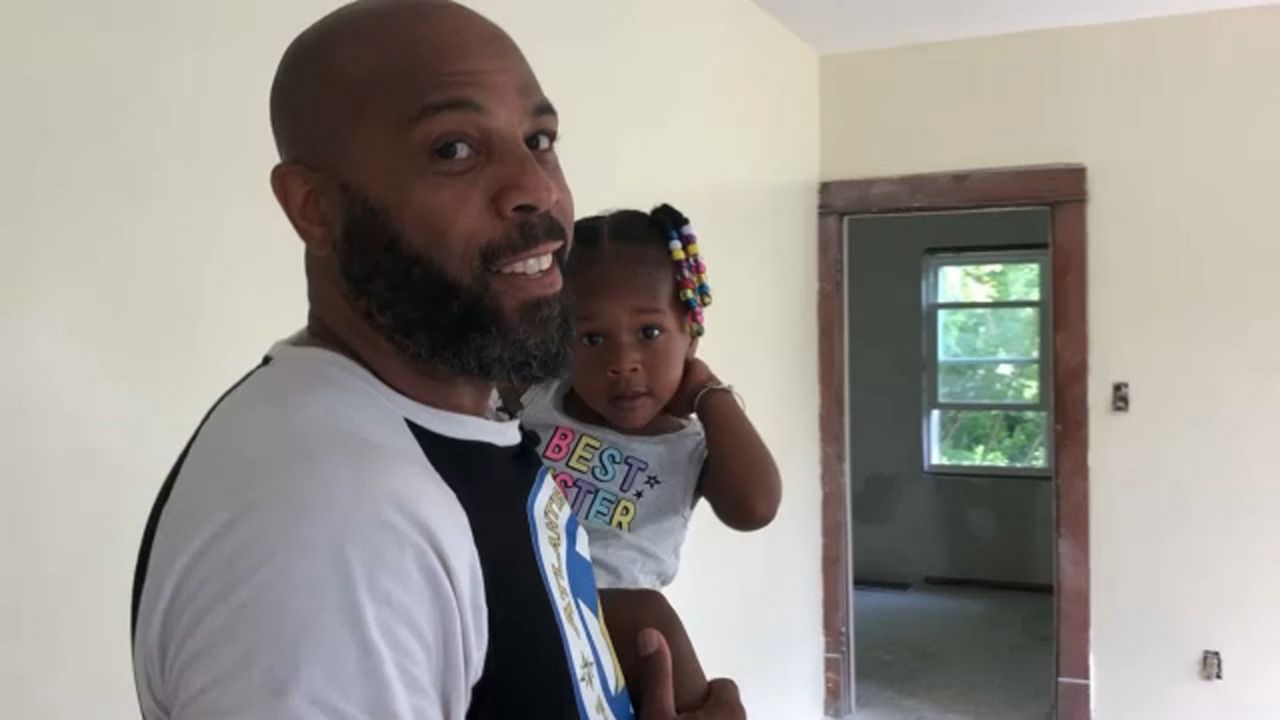 NIAGARA FALLS, N.Y. — Last year, Spectrum News 1 spoke with a Niagara Falls man who is building a child care center from the ground up. He hopes to create change through a school community that will teach kids more than just the ABCs.

Take a step inside the old home and you can see the progress that Saladin Allah, with his daughter Anusha by his side, has made on what will become the Atlantis School for Gifted Youngsters.

“As you can see, it looks a lot different than what it looked like the first time,” he said.

Allah, who has been renovating the space all by himself over almost two years, is turning it into a center for kids, centralizing many afterschool programs that he already leads as a teacher in Niagara Falls.

“Still completing some painting in the kitchen,” said Allah.

Allah’s completed a lot of this work just over the last year. Right now, it’s only cosmetic things left.

“So now I am just taking my time in terms of curating or designing all of the other pieces to put together,” Allah said.

He’s had a little help from Anusha.

“She has done some painting and she has also done some cleaning up for me as well,” Allah said.

And any work he’s outsourced has been through mostly local contractors, something he values.

“I’ve been having support in turns of this initiative from all over the country and in turn, I could employ locals to get this work done so I have been serving as a conduit, for this creative process,” he said.

As it comes together, he envisions what this space will look like once furnished. His daughter also helps him envision how kids will interact with this space.

“A sense of what should be done in this space," said Allah. "Because it will be an early childhood learning center and then also an after-school program. So if she is comfortable in this space and has a sense of ownership here, it’s something that will translate to other children.”

Once completed, he’ll bring in people who can teach culinary skills, financial skills and more, both locally and nationally. As he mentioned, he’s received support across the country, getting donations from as far as California. He hopes this project inspires others.

“Sense of self-determination and demonstrate if you have the will of God to do this and the support of a network," Allah said. "Then anything is possible and I want it to be an inspiration to others that if you have an idea and you want to take it from conception to making sure this is born then you have the possibility to be able to do that.”

He’s going for a vintage theme, looking specifically for certain vintage items to furnish the place. People can donate these items or contribute to the project through his website.