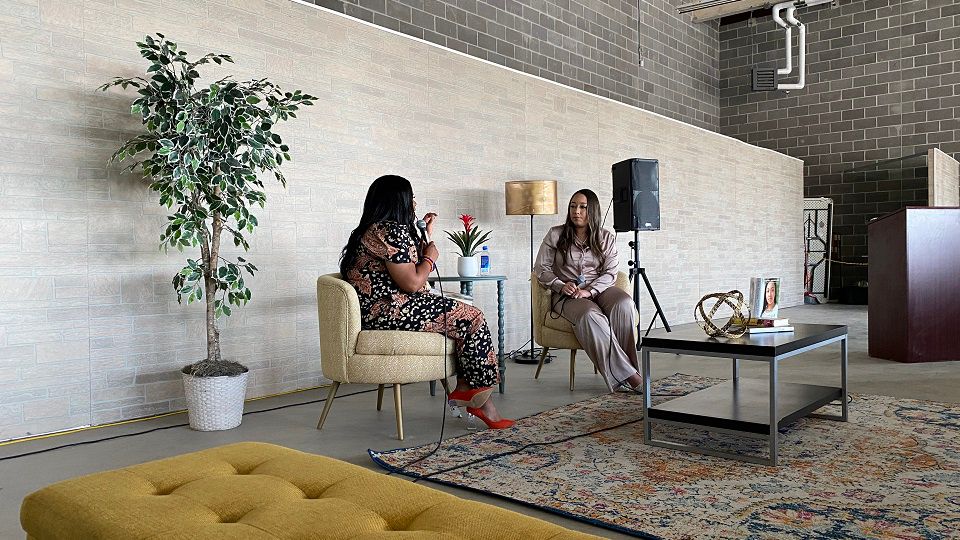 902-mile walk to end human trafficking wraps up in Buffalo

NIAGARA FALLS, N.Y. — It’s been a long journey for the FreeTHEM Walkers, a group led by traveling missionary Kelly Diane Galloway. It was formed to raise awareness and collect resources to support the victims of a form of modern-day slavery: human trafficking.


After setting out on a nearly 1,000-mile journey on the Underground Railroad, the group finalized their trip in Buffalo on Saturday, in time for the city’s Juneteenth celebration.

Now, a moment of reflection.

“Yesterday, when we crossed over the finish line of our 902-mile journey, it was spiritual, it was beautiful, it was better than I could have ever imagined," said Kelly Diane Galloway, founder of Project Mona's House and leader of the FreeTHEM Walk. "I was happy to not just do that with the FreeTHEM Walkers, but my entire city. I’m honored that the city would support us the way that they have.”

Galloway engaged in a post-journey discussion at the Underground Railroad Heritage Center in Niagara Falls with Cyntoia Brown-Long, an author, speaker and former sex trafficking victim who was sentenced to 51 years in prison after killing a man who purchased her for sex when she was just 16 years old. She was granted clemency after serving 15 years.

“To see her in the flesh it’s just, it’s unbelievable," said Galloway. "And I don’t know if she realizes how much her presence means to us, but it really literally means that anything is possible."

FreeTHEM Conversations featured reflections from some of the FreeTHEM Walkers, including a musical performance by Drea d’Nur, and an in-depth conversation with Brown-Long about her sentencing, what led her to the man who trafficked her, and how communities can protect and support others to keep them from the same fate. Cyntoia also stayed for a Q & A session and to sign copies of her book, "Free Cyntoia." For her, connecting with the FreeTHEM Walkers was equally uplifting to her as her presence was to them.

“Anybody that can walk 902 miles in 40-something days is definitely an inspiration," said Brown-Long. "I just think it’s beautiful how they took that and pretty much gave it as a sacrifice for these women who are going through that. For me, it speaks to survivors to say that there are people out there in the community who care that much for you, who will walk that mile for you."

The FreeTHEM Walkers will be releasing a documentary at their gala on December 17 about their experience, detailing their journey and the significance of each stop that was made, on a cultural level and on a personal level. One stop in Virginia, for example, was the last place Galloway was able to trace members of her ancestry, former slaves and freedom seekers.

“Following the path of our ancestors has been incredible, and I’ve never done anything like this and I’ve learned so much," Galloway said. "When I first started, I used to be sad, or angry, or mad about what was going on but now, not anymore. I feel proud of how resilient they were, and I feel that speaks to how resilient I can be.”

The walk may have concluded, but the movement is far from over. Through Project Mona’s House, Galloway has plans to continue helping victims of human trafficking, and there are ways that the community can help as well.

“The way that people can help us continue this FreeTHEM Movement is to support our initiative; it’s our Buy a Bed Campaign," Galloway said. "So we’re asking 125 people and/or businesses to give $8,000 and that would help us build the nation’s largest restorative home for human trafficking individuals where people are allowed to come as victims, be transformed as survivors, but by the time they leave, they’ll be overcomers.”